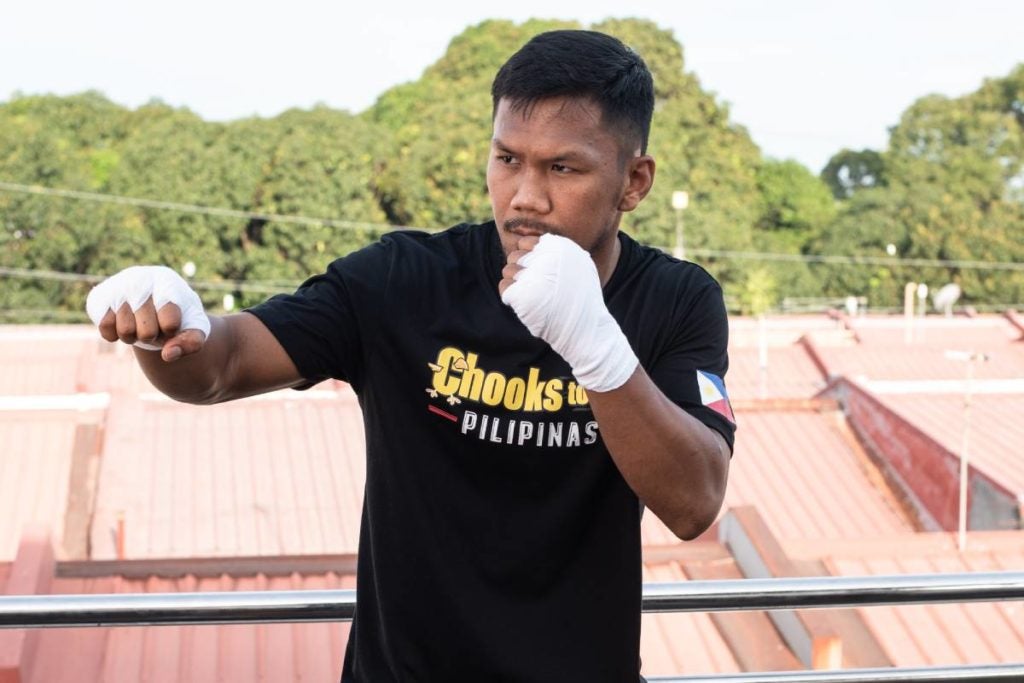 Boxer Eumir Marcial will replace pole vaulter Ernest John Obiena as the country’s flagbearer at the opening ceremonies of the Tokyo Olympics on July 23. | Photo from Chooks-to-Go Media Bureau

CEBU CITY, Philippines — Embattled boxer Eumir Felix Marcial will be replacing pole vaulter Ernest John Obiena as the Philippines’ male flagbearer in the opening ceremonies of the Tokyo Olympics on July 23 at the Tokyo National Stadium in Japan.

The 25-year-old boxer who aired his sentiments about the lack of financial support given to him and fellow national athletes will join Cebu-born Fil-Japanese judoka Kiyomi Watanabe as the female flag bearer in the opening ceremonies.

Philippine Olympic Committee (POC) President Rep. Abraham “Bambol” Tolentino said that it would be more convenient for Marcial to carry the country’s colors because he would be arriving in Tokyo this weekend.

“He [Marcial] has the most flexible schedule before and after the opening ceremony,” Tolentino said.

“We have already informed Eumir about his task and we are very thankful to EJ for understanding. He cannot rebook his flight anymore,” he said.

Marcial took multiple flights from his training camp in Colorado Springs in the US on Thursday and is expected to land in Tokyo on Saturday, six days before the opening ceremony.

Obiena, on the other hand, is coming in from Italy and will be in Japan just hours before the opening ceremony which is inconvenient already to prepare as the country’s flagbearer.

“Because of protocols, EJ should be expecting delays at the airport and that would make it impossible for him to catch the opening ceremony,” Tolentino said.

Marcial, who turned professional last year, will make his Olympic debut on July 25 in the men’s middleweight round-of-32.

Meanwhile, Watanabe, who is based in Japan, will compete in women’s -63 kgs of judo on July 27.