Win Gatchalian open to running for VP in 2022 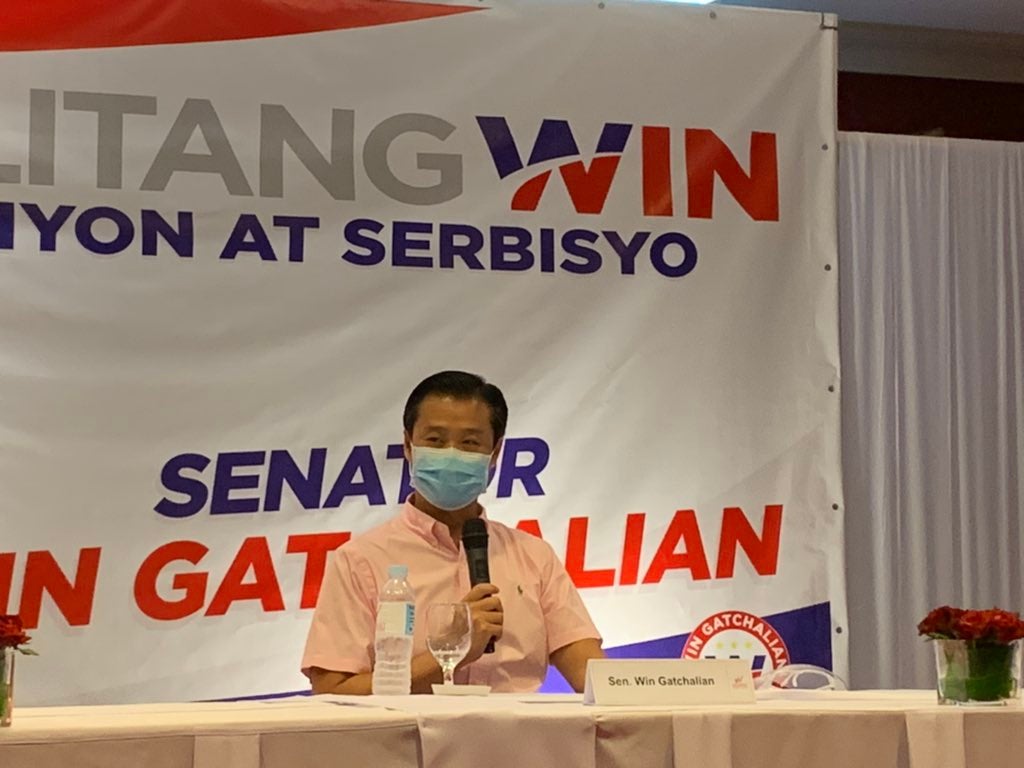 CEBU CITY, Philippines — Senator Sherwin “Win” Gatchalian has said yes to the possibility of running for vice president of the country in the 2022 national elections.

In a press conference in Cebu City, Gatchalian said he is open to running after he has received calls to run for a higher position by supporters and friends.

Furthermore, he has seen the many banners put up by supporters in Cebu, calling for him to run in tandem with Davao City Mayor Sara Duterte-Carpio for the two highest positions in the land.

The senator announced this a week after Duterte-Carpio also announced her willingness to run from the Presidential seat also here in Cebu City during a visit to Governor Gwendolyn Garcia.

READ: Sara Duterte says YES to possibility of running for President in 2022

The senator said that he has many plans for the country and a higher position may allow him to turn these plans into reality.

These plans would be to improve education and help students return to the classroom after the pandemic greatly affected the educational system, to help revive the economy through empowering businesses, and to encourage infrastructure to grow.

For now, the senator is talking with Duterte-Carpio in a series of consultations to discuss the possibility of running together, but he said that the decision of President Rodrigo Duterte will greatly affect his decision as well.

Many have been pushing for Duterte to run for Vice President in tandem with his daughter.

Still, Gatchalian said his party, the Nationalist People’s Coalition (NPC), is already in talks of an alliance with the state’s ruling party, PDP-Laban.

Whether or not he is going to run for a higher position, Gatchalian said that his goals will not change with what he wants to push for in the country.

He said he will continue to ponder upon the Vice Presidency and will make his final decision by October 2021, during the filing of candidacy.