Medalya ng Kagalingan awardees: Teamwork is key to their success in drug war

This sums up the formula for the success of the City Drug Enforcement Unit of the Lapu-Lapu City Police Office (LCPO CDEU) in the war against drugs in the city.

A work formula that has helped the Lapu-Lapu CDEU team to catch last July 7 Roldan “Shakira” Rosales, a suspected drug dealer, who was considered as a high-value individual and was on top of the priority list of drug personalities of the regional police.

A buy-bust operation that brought the Lapu-Lapu CDEU team to Barangay Babag II, a mountain barangay in Cebu City.

Rosales was caught during the operation with 4.1 kilos of suspected shabu with a Standard Drug Price of P27.880 million.

Two top police officers of the Lapu-Lapu CDEU team were recognized for their role in Rosales’ arrest and were awarded the Medalya ng Kagalingan, which is awarded to members of the Philippine National Police (PNP) for their acts of heroism in line with their duty as law enforcers.

They were recognized last July 12, 2021 with Police General Guillermo Eleazar, PNP chief, giving them the Medalya ng Kagalingan at the Police Regional Office in Central Visayas headquarters in Cebu City. 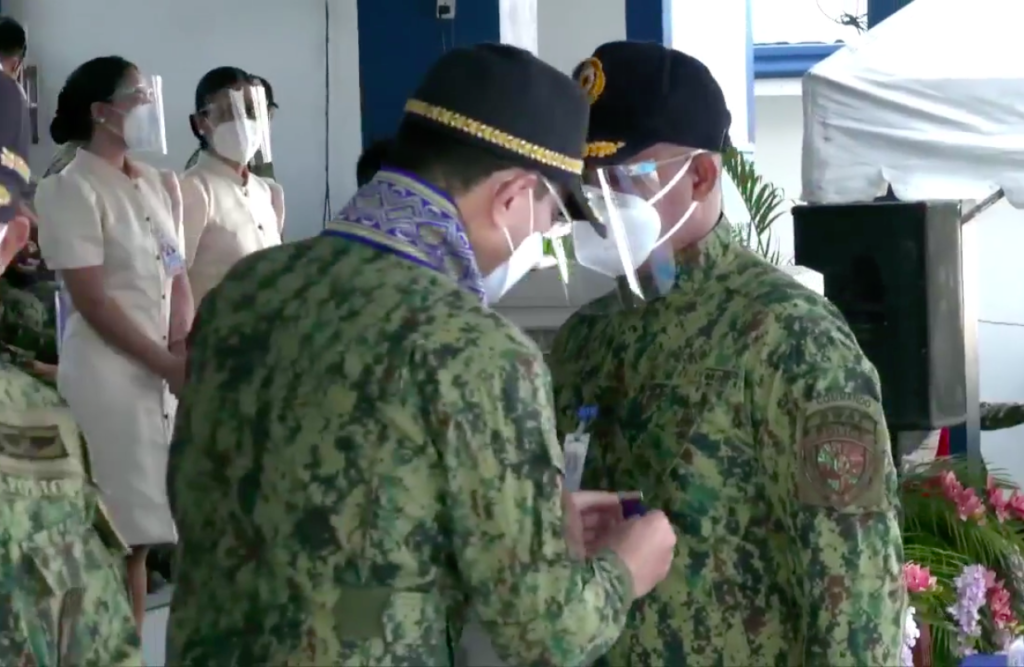 For Bicoy, the token he received was more than just an award as a public servant, it was very personal along with his function as a law enforcer.

(As a police officer, in our own small way, we have helped our community. We work hard not because we are paid. We work hard for our community. Because in the future, if there is a family destroyed by illegal drugs, we can never be sure that our family will be the victims.)

Bicoy, has been serving for 11 years in the police force, said five months of his leadership and cooperation with the team helped them arrest big-time drug personalities with over millions worth of suspected shabu.

Bicoy was an education student in his early days in college but he entered PNP after he took an examination.

Since high school, Bicoy said that he had been engaged in leading a group or an organization.

He has this to say as a leader of the Lapu-Lapu CDEU team to those who want to achieve their dreams be it being a policeman or in other pursuits.

(Let’s dream, work with our dreams, and pray.) 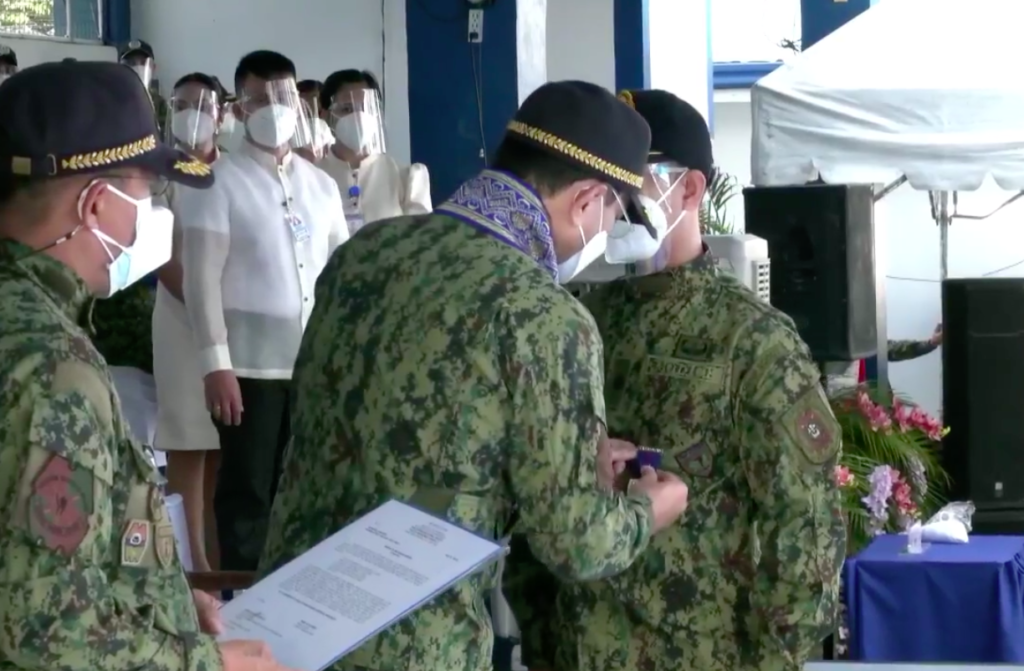 Police Lieutenant Añana, for his part, also cited the efforts of the Lapu-Lapu CDEU team for the recognition and award he received.

Añana, who was a former CDEU chief, said that the award was the fruit of the Lapu-Lapu CDEU team’s labor and efforts in the fight against illegal drugs.

The arrest of Rosales was proof of that.

Añana, who hails from Bohol, said that he was grateful for the recognition and that it was self-fulfilling for his service as a public servant whose main goal was to help maintain peace and order regardless of where he would be assigned.

Añana has been in active police service for 14 years now and has been assigned to the Lapu-Lapu CDEU for a year now.

Both police officers said that the operation against Rosales of Barangay Sudlon 1, Cebu City, was conducted after his name was mentioned by a drug suspect they arrested.

The drug suspect pointed to Rosales as the source of his illegal drugs.

Rosales could allegedly dispose of at least a kilo of suspected shabu in Metro Cebu.