Suspect claims that inmate-contact has provided him with drug supply, clients 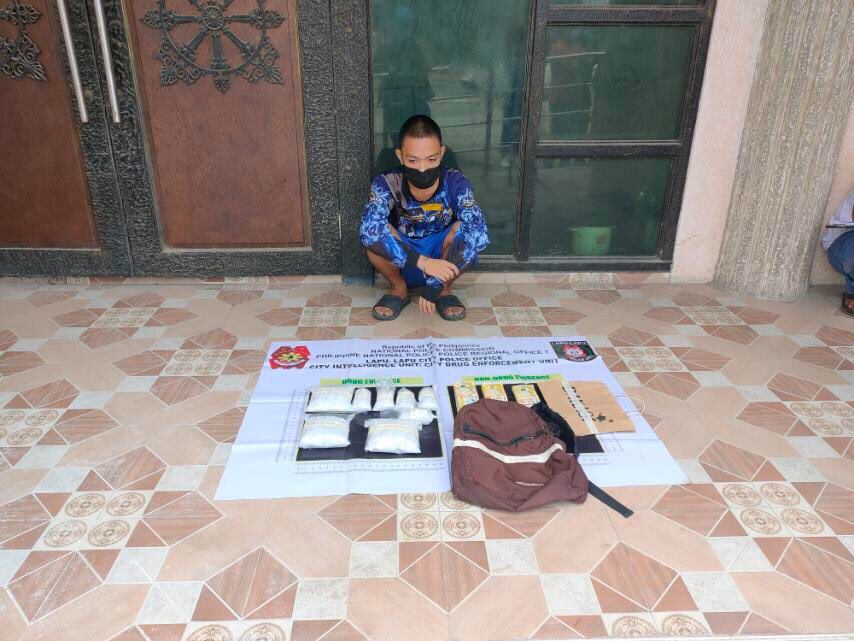 A high-value individual, Mark Gil James Dangarang, was arrested by personnel of LCPO around 9:00 a.m. today, May 21, in Sitio Saac II, Barangay Mactan in Lapu-Lapu City. | Photo from LCPO-CIU

CEBU CITY, Philippines — Some P13 million worth of suspected shabu was seized from a 22-year-old suspected drug courier during a buy-bust operation in Sitio Saac II, Barangay Mactan in Lapu-Lapu City today, May 21.

Bicoy said that the confiscated illegal drugs had an estimated Dangerous Drugs Board value of P13,824,400.

He said that the suspect told them during interrogation that he had with him 4 kilos of shabu, but he had already allegedly disposed half of it when he was arrested.

The suspected drug courier also told police during interrogation that he allegedly had an inmate-contact inside the jail, whom he would allegedly transact for the supply and customers of the illegal drugs.

Police Colonel Arnel Banzon, Lapu-Lapu Police Office chief, for his part, said that they considered the suspect as a high value target (HVT), and he had been on their watchlist of top 10 drug personalities, whom they tagged as a priority in their operations.

Banzon also said the suspect could dispose of around 500 grams of suspected shabu in a week.

He also said that they started monitoring the suspect after his name surfaced during one of their anti-illegal drug operations more than a month ago.

(He was a trusted aide because he started with just 2 kilos of shabu and his share of the supply increased. The item he had was supposedly 4 kilos. It seemed that he had already disposed of the other half. That is why we only recovered two kilos.)

He also said that it took them a month to conduct the operation because the suspect was very careful in his dealings with customers.

Bicoy said that the suspect did not follow a routine in delivering his items and he would sometimes arrive in an area late or earlier than the time agreed upon.

He even sometimes transacts with the payments of his customers through pawnshops while others would have it cash on delivery.

The suspect, Dangarang, was detained at the Lapu-Lapu City Police Office detention cell pending the filing of charges.