Araneta stops Claveras in 1st round of non-title bout 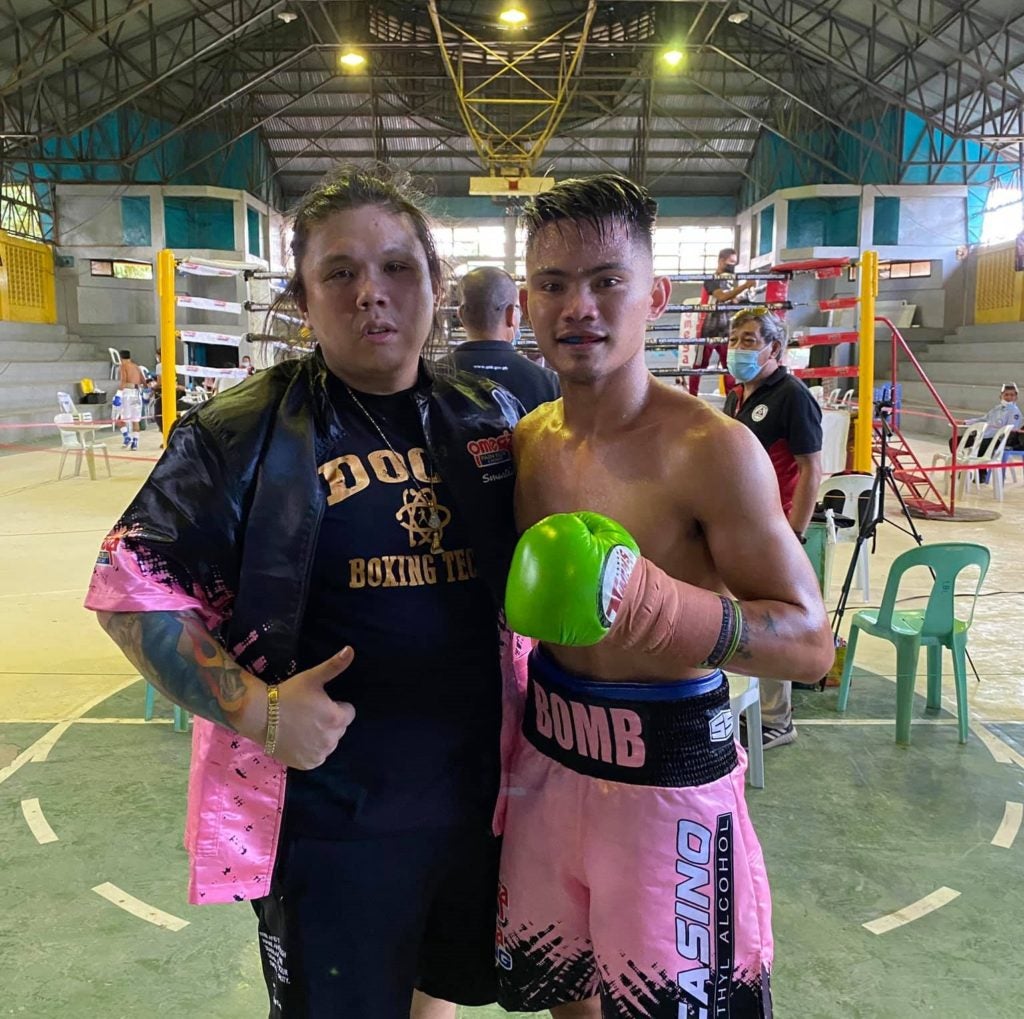 Christian “The Bomb” Araneta (right) poses with his trainer Julius Erving Junco after knocking out Richard Claveras in the first round on Friday, July 16. | Photo from Omega Boxing Gym’s Facebook page

CEBU CITY, Philippines — Omega Boxing Gym’s prized warrior, Christian “The Bomb” Araneta knocked out Richard Claveras in the first round of their non-title bout in the undercard of Zip Sanman’s boxing event on Friday, July 16 at the Tabunok Sports Complex, in Talisay City, south Cebu.

Araneta has been itching to get back into action following his frustrating unanimous decision loss against African Sivenathi Nontshinga in their IBF world title eliminator in South Africa last April.

On Friday, the 25-year old Borbon-native vented his frustrations out by pummeling Claveras with vicious combinations right from the opening bell.

A stunned Claveras failed to retaliate Araneta’s merciless barrage of punches as the latter pinned Claveras on the ropes and pummeled him with jarring hooks on the head.

It was at this juncture that Claveras’ corner decided to throw in the towel just as their ward came crashing to the canvas.

Claveras lethal end came at 1 minute and 51 seconds of the first round.

It was Araneta’s 20th victory with 16 knockouts and two defeats. Claveras on the other hand suffered his eighth loss with 19 wins, two draws, and 16 knockouts.

The bout was supposed to be held last July 3 in the undercard of Omega Pro Sports International’s “Kumbati 10” fight card at the IPI compound in Mandaue City.

However, Claveras was forced to back out after failing to secure a medical clearance. A week later, Claveras got a green light and their bout was inserted in the undercard of Zip Sanman’s card.   /rcg