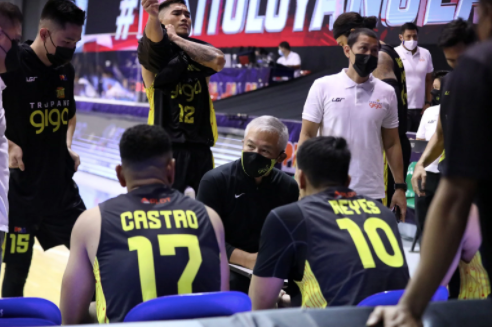 MANILA, Philippines — TNT held on to beat Terrafirma, 86-79, in its Philippine Cup debut Saturday at Ynares Sports Arena in Pasig.

Poy Erram notched a double-double with 15 points and 11 rebounds that went with three blocks while Jayson Castro scored a team-high 17 points for the Tropang Giga.

“This is really our first experience, coming together to play as a team,” added Reyes. “So the little things, feeling out, chemistry, it’s like we’re still far from that. We still have a lot to learn.”

Top overall pick Joshua Munzon struggled in his PBA debut with just six points on 3-of-15 shooting from the field, but the Dyip still found themselves with a shot down the stretch.

Terrafirma trailed by as many as 22 points but pulled within five, 84-79, after a pair of free throws by Juami Tiongson with still 2:10 remaining.

The Dyip, however, couldn’t get anything going after that as the Tropang Giga made the necessary stops to avoid the major collapse.

Aldrech Ramos had 17 points to lead Terrafirma, who shot just 32 percent from the field.

Read Next
Lawsuits after presidency? Duterte says he could run for VP, get immunity