CCPO exec: Robber, who broke into dad’s house, is likely a Guadalupe resident 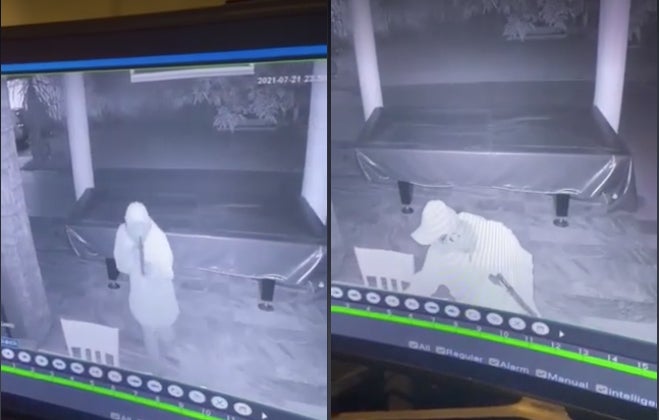 Police Lieutenant Colonel Wilbert Parilla, deputy director for operations of the Cebu City Police Office (CCPO), said this was because the robber was familiar with the entrances and rooms of the house.

(That is one of our theories. He knows where to go and where the money was placed. He did not go upstairs, on the second floor, where Cuenco’s parents were. He saw that wallet, got it, then went outside. So, there is a possibility that the suspect is from around the area, and we have a higher chance of solving this.)

He said that the policemen from the Guadalupe Police Station had put the robber, who was caught on the security camera, under profiling where investigators would compare descriptions of the robber from previously arrested individuals, who were involved in previous robberies in the city.

However,  Police Major Jonathan Dela Cerna, chief of the Guadalupe Police Station, admitted that they still did not any suspects for now because the robber was wearing a mask when he entered Cuenco’s house.

Dela Cerna also said that they were looking at footage of security cameras in nearby houses hoping that one security camera could have caught the robber without the mask or would give them a lead on the robber.

Parilla, for his part, also said that it was fortunate that Councilor Cuenco was asleep and did not wake up when the robber entered his room, considering that the robber was armed with a “sumpak” or an improvised firearm.

Parilla was referring to the robbery incident in Cuenco’s house last Wednesday evening, July 21, where an unidentified armed robber stole the councilor’s cash inside his wallet amounting to P25,000 and the councilor’s pair of pants.

Cuenco learned of the robbery early Thursday morning after he noticed that his pair of pants and wallet were missing, prompting him to check his security camera.

With the robbery, Cuenco appealed to Cebu City policemen to strictly an properly implement the curfew to avoid incidents like this from happening.