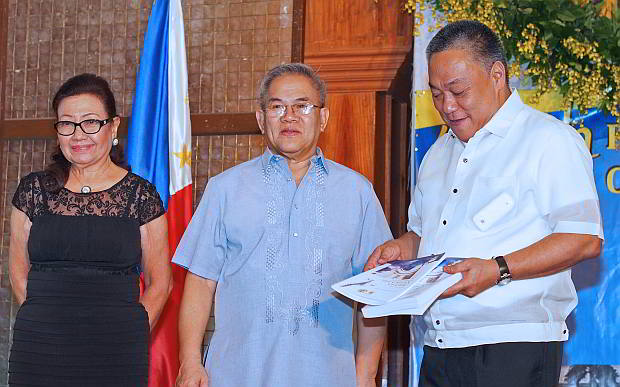 Speaking in last Friday’s Gabii sa Sugbo banquet, Davide said “Cebu’s heritage of heroism was evident in the rebuilding of Cebu after every calamity, be it natural, man-made or politically contrived.”

“To this day, the shining moments when Cebuanos joined arms for massive reconstruction efforts are an encouragement to local government units across the nation, and an inspiration to Cebuanos themselves,” he told  guests gathered for the  province’s 445th founding anniversary.

The dinner was also the launchpad for the “Bidlisiw sa Sugbo Awards” which recognize  achievements of individuals and institutions geared towards Cebu’s progress and development.

Davide also paid tribute to heroes like Lapu-Lapu who helped shape Cebu into what it is today.

Legacy
Davide said the Cebu provincial government is “transitioning from being reactive to productive” and focusing on preventing and preparing for the next disaster.

“As I have said in the past, we must all work together, combine our efforts and contribute to the future of Cebu, which is our legacy,” he said.

The dinner at the Capitol Social Hall was attended by 30 mayors and vice mayors of  the 53 towns and cities of the province.

Most officials were allies of the  Liberal Party (LP) Cebu Chapter  which Davide heads though some opposition members also showed up like Aloguinsan Vice Mayor Augustus Moreno and Naga City Mayor Val Chiong.

Also present were consulate representatives of countries that have consular offices in Cebu, members of the police and other law enforcement agencies and Provincial Board (PB) members.

Climate Change Commissioner Naderev Saño who is in Cebu to assist the municipality of San Francisco craft the country’s first sitio-level Climate Change Action Plan was also there.

Provincial Administrator Mark Tolentino said the public is invited to send  online or mail to his office the nominations for the new Bidlisiw sa Sugbo Awards.

Read Next
A white ribbon for every tree