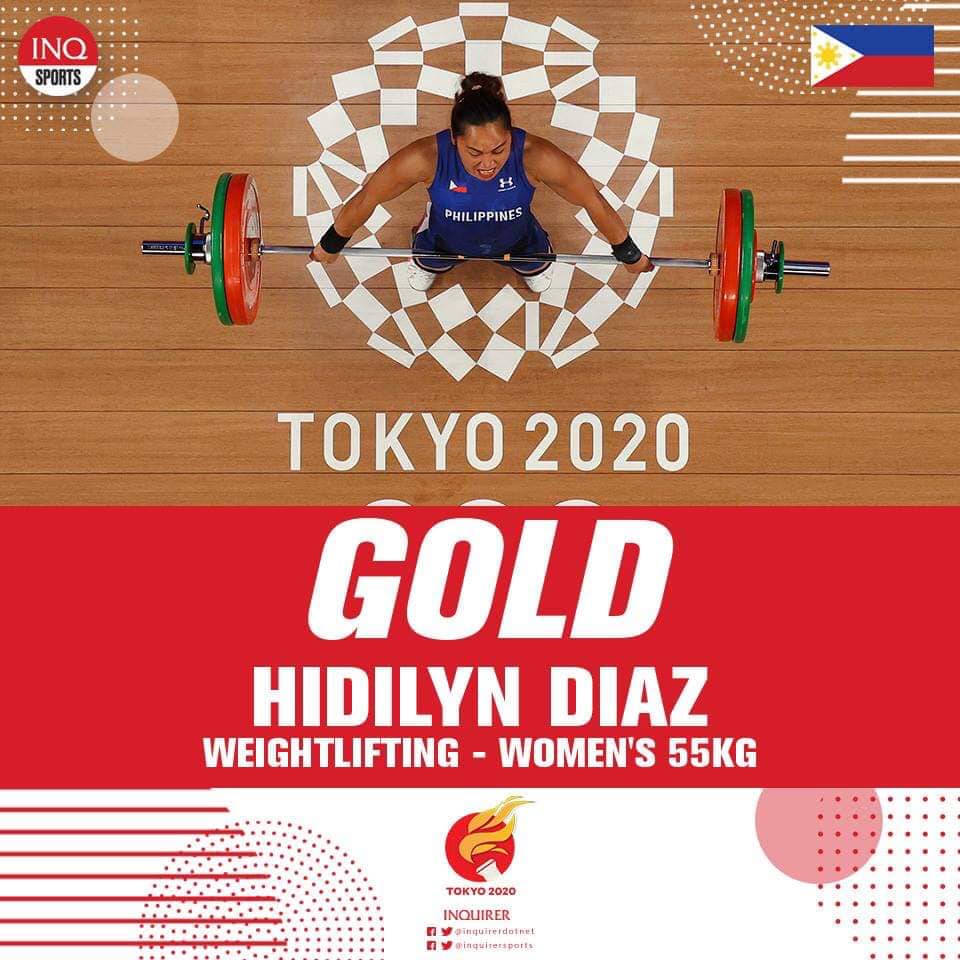 Diaz, in her fourth straight Olympics, delivered the Philippines’ breakthrough gold medal after conquering the women’s 55 kilograms weightlifting competition at the Tokyo Olympics.

The 30-year-old pride of Zamboanga City tallied 97kg in snatch and 127 kg in the clean & jerk–an Olympic record–ro rack up a total of 224kg to edge a formidable field that included China’s world record holder Liao Qiuyun.

In Rio 2016, Diaz won the silver medal that ended the Philippines’ 20-year drought.