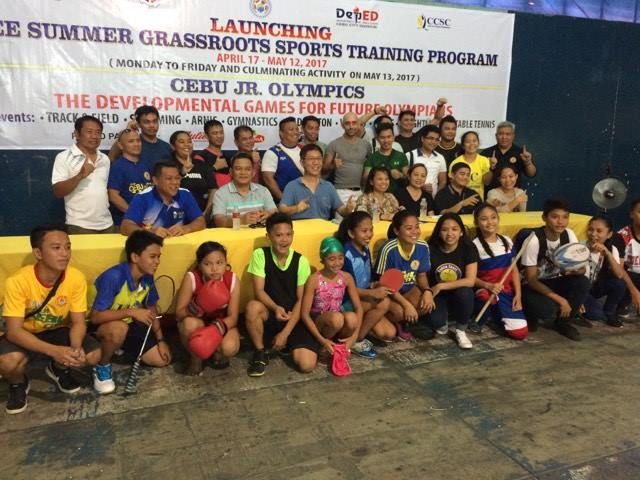 CEBU CITY, Philippines — Elreen Ando’s dream to become an Olympic weightlifter started when she enlisted along with hundreds of other kids in a grassroots training program initiated by the Cebu City Sports Commission (CCSC).

Now that Ando has reached the pinnacle of her weightlifting career, CCSC chairman Edward Hayco who started the grassroots program in 2010, now wants to build a weightlifting gym in Ando’s home barangay in Carreta, Cebu City.

“We will be putting up a weightlifting gym in the home barangay of Ando,” Hayco told CDN Digital. “Our plan is to find a place inside the Carreta Public Elementary School where Ando came from. We’re in the process of securing the needed equipment.”

“We will call the gym EGSO, which also means siblings or brotherhood,” added Hayco.

Despite placing seventh in the women’s 64-kilogram division last Tuesday in the Tokyo Olympics, Ando showed immense potential, which made top sports officials from the Samahang Weightlifting ng Pilipinas (SWP) believe that she will be the next Hidilyn Diaz.

“Our Elreen Ando didn’t make bronze. After all, It’s her first time to be in the Olympics. Elreen is now number seven in the world. She automatically qualifies for the 2024 Paris Olympics and will be ready by then. We will always be proud of Ando’s sterling rise to become an Olympian,” said Hayco.

Since 2010, the CCSC’s sports grassroots program has discovered countless diamonds in the rough like Ando. It paved the way for Cebu City to be known nationally and was even considered by the former Philippine Sports Commission (PSC) administration as a program for the nation to follow.

Before Ando joined the national team, she served as one of the volunteer trainers who regularly trained kids in weightlifting along with Hortelano and Solis.

As Ando’s success in weightlifting slowly becoming a reality, Hayco wants to make the appropriate moves to maintain the program that discovered the Cebuana weightlifter.

“Weightlifting is a very promising grassroots sports program. We will be putting in place measures to institutionalize the program beyond our time,” said Hayco.    /rcg