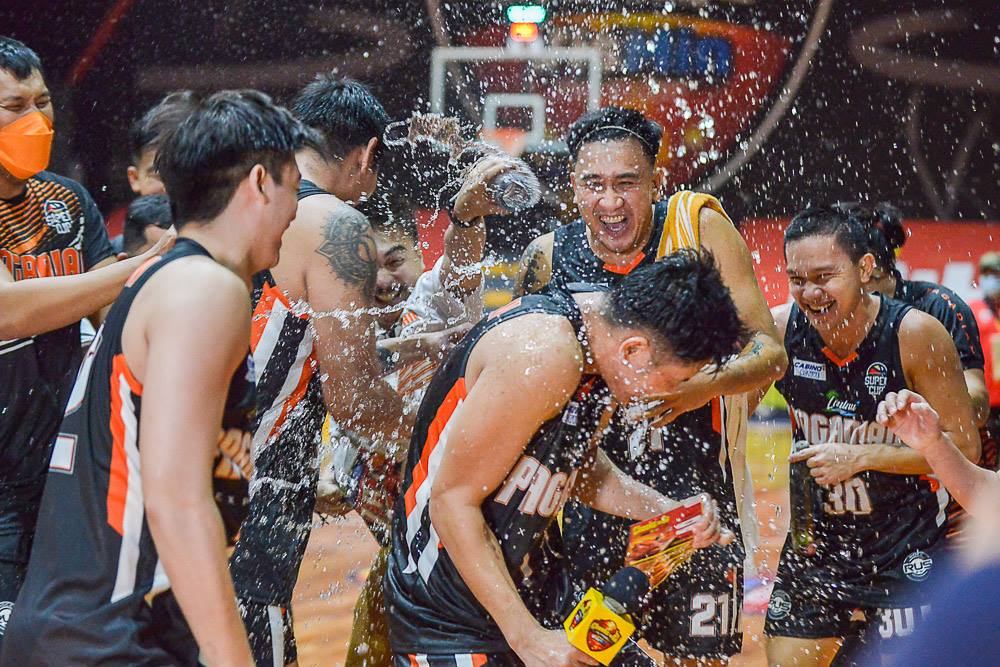 The Pagadian Explorers players celebrate after advancing to the semifinals of the VisMin Super Cup Mindanao Leg. | VisMin Cup Photo

CEBU CITY, Philippines — The Pagadian Explorers advanced to the semifinals of the 2021 Chooks-to-Go Pilipinas VisMin Super Cup Mindanao leg after finishing off the Kapatagan Buffalo Braves, 87-76, in their do-or-die showdown on Friday evening at the Pagadian City gymnasium, in Zamboanga del Sur.

The Explorers bounced back strong after losing their twice-to-beat advantage in the first game against Kapatagan on Thursday.

The victory earned them the semifinals berth where they will meet the fourth seed Petra Cement-Roxas Vanguards in a best-of-three series starting Sunday, August 1 at 4 p.m.

Renz Palma, Kapatagan’s top gun, was held to just two points in the second half, ending with 10 points. Marlon Monte, the Braves’ leading scorer in the tournament, missed all of his four attempts from the field, tallying just four points all from the charity stripe.