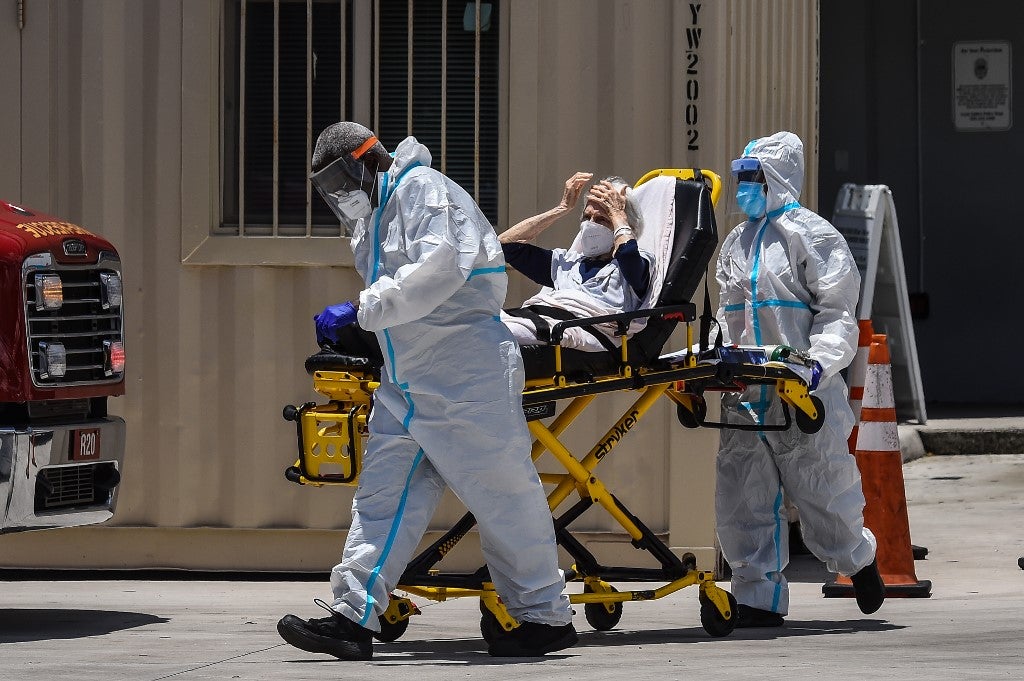 Medics transfer a patient on a stretcher from an ambulance outside of Emergency at Coral Gables Hospital in Miami, Florida.  (Photo by CHANDAN KHANNA / AFP)

CEBU CITY, Philippines — It has been merely a week into August 2021 and the death toll for COVID-19 in Cebu City has now reached 27.

The Emergency Operations Center (EOC) revealed that the deaths are consistently being recorded per day and the number of deaths in a few days is unusual.

Councilor Joel Garganera, the deputy chief implementor of the EOC, said the deaths were reported post mortem. Of the 27 deaths, at least 15 died in the hospital, 5 were declared dead on arrival at the hospital, and 7 died in their homes.

The city’s daily positivity rate, or the ratio between the number of individuals tested to the number of positive cases among them, is at 8.9 percent, far above the pandemic threshold of 5 percent.

Based on the active cases in the city, currently at 2,947, the trend remains to be increasing since May 2021.

The city’s hospital occupancy rate is also high at 65 percent, indicating that admissions are continuous in the hospitals with dedicated COVID-19 beds.

Garganera said that in the last 14 days, there have been 48 pregnant women who also proved positive of COVID-19, all of whom are isolating or gave birth in the isolation centers.

Acting Mayor Michael Rama has ordered the opening of more isolation beds to help reduce the congestion in the hospitals.

On Saturday, August 7, 2021, the city government is set to open the mega-isolation center at the Cebu City Sports Complex.    /rcg