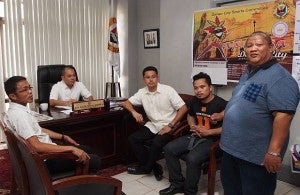 A run for the benefit of Danao City’s talented junior athletes will be held on Sept. 14 dubbed KaRUNsa Danao City.

The race is set to start and end at the Mano Amon Plaza in Danao City, northern Cebu. Distances offered are 21-kilometer half marathon, 12k, 6k and 3k for Danao residents. There will also be  a 1.5k walkathon.

Part of the proceeds of the race will be given to the Danao City Sports Committee to help the city’s junior athletes.

This feat made organizers more determined to fund the talented athletes of the city.

“We will help them all the way through our sports committee so that they will [be able to] compete in upcoming major tournaments well prepared,” said Danao City councilor Jerard Almendras during a press conference yesterday at the Danao City Hall.

Aside from being a fund-raising event, the race will also serve as a highlight for Danao City’s annual festival dubbed “Karansa Festival,” which is held every September.

Cash prizes will be given to the 21k, 12k and 6k winners. A specially designed medal will also be given to all the 21k finishers.