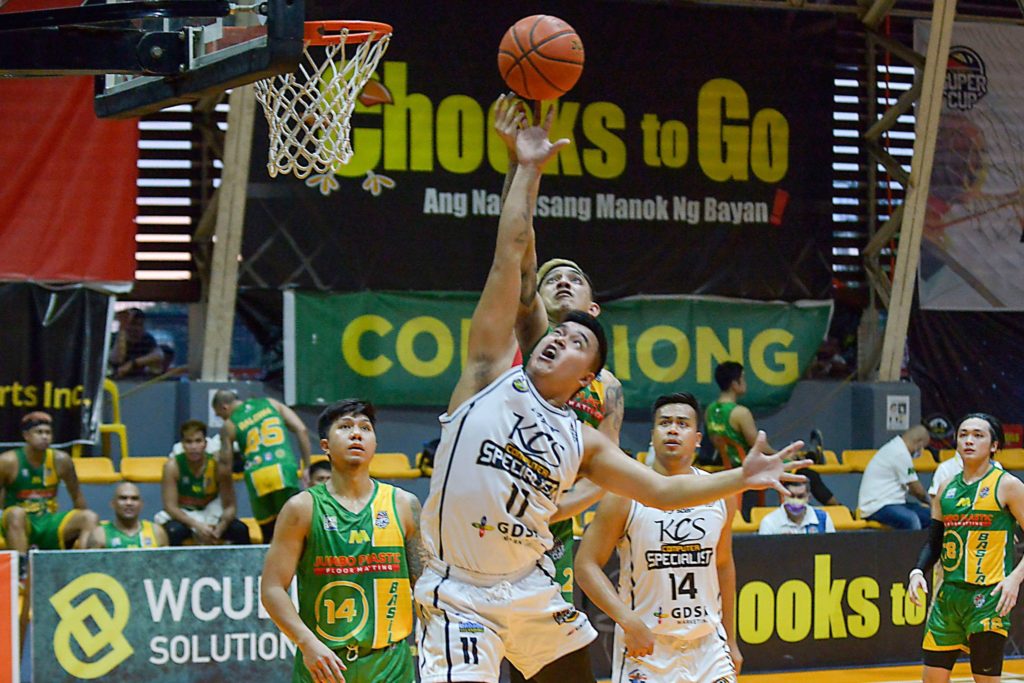 CEBU CITY, Philippines — The Jumbo Plastic-Basilan Peace Riders is one victory away from hoisting the South Finals trophy of the 2021 Chooks-to-Go Pilipinas VisMin Super Cup after escaping the KCS Computer Specialists-Mandaue City, 96-91, in Game Two of their best-of-five finals series on Thursday evening, at the Pagadian City gymnasium in Zamboanga del Sur.

The Peace Riders now lead the series, 2-0, and will be gunning for all the marbles in tomorrow’s Game Three slated at 6 p.m.

Mindanao leg MVP, Chris Bitoon capped a 14-5 run for Basilan with a timely layup in the final seconds of the third period, giving his team a 10-point cushion, 75-65.

But the undermanned Specialists fought back with a 10-0 run topped by a Joseph Nalos layup to cut their deficit down to, 81-83 with 5:14 to go in the match.

The Peace Riders, though, had one last push in them as Michael Mabulac, Jay Collado, and Hesed Gabo connived for an 8-0 run to give them a much-needed breather, 91-81, with just 2:31 left.

A 10-5 run by the Computer Specialists at windup pegged the final score with Basilan taking the victory.

“It was an ugly win, but a win is a win. ‘Yung KCS they played with character and they showed so much perseverance today,” said Basilan head coach Jerson Cabiltes.

Jonathan Uyloan, Basilan’s team captain led the squad with 19 points from 5-of-10 from the three-point area. He also tallied four steals, two rebounds, and two assists.

Collado added 17 points, five rebounds, and four assists, while Mabulac had a huge double-double of 13 points and 14 rebounds.

Rhaffy Octobre bounced back from a scoreless Game One, punching in 27 points on an ultra-efficient 9-of-13 shooting, alongside six rebounds, and four assists for Mandaue.