Casimero: Rigondeaux will go down in 3 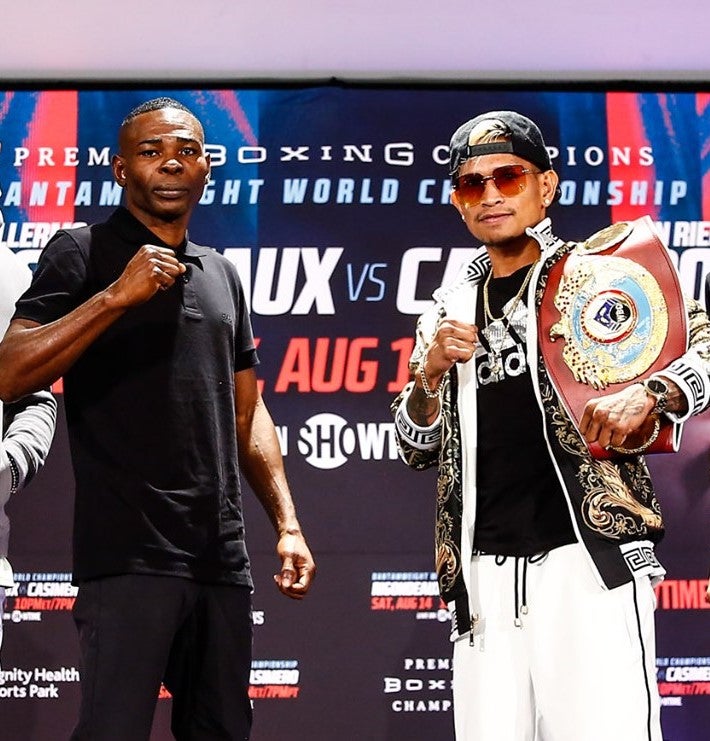 Casimero and Rigondeaux faced each other in person for the first time in a press conference on Friday.

And their first face-off didn’t disappoint boxing fans as they engaged in fierce sabre-rattling that added more excitement and hype to their fight that was initially cancelled.

However, that matchup was eventually scrapped after Donaire’s camp cried foul over Casimero’s alleged verbal assaults and for allegedly submitting inaccurate paperwork on the latter’s doping results.

Thus, the Casimero-Rigondeaux bout was revived putting the Filipino’s WBO world bantamweight title on the line.

During the press conference, Casimero was asked what he can guarantee to the Filipino boxing fans who will watch his fight.

Without any hint of hesitation, Casimero declared he will knock Rigondeaux out in three rounds.

“This is a surprise you know, but Rigondeaux, maybe in three rounds, that’s it,” Casimero confidently answered.

Casimero, the reigning WBO world bantamweight champion also stated that Rigondeaux is “finito” (finished). He said that all of his last six opponents were knocked out and he will add Rigondeaux to that list come fight day.

“I’ve stopped my last six opponents and Rigondeaux is next. He’s ‘finito’. If I finish Rigondeaux, then maybe Donaire or Inoue will be next,” said Casimero.

Meanwhile, Rigondeaux called those who want him to retire as ‘jokers’ stating that he can still fight even at the age of 40.

“All these jokers always talk a lot about making me retire, but they have to do it in the ring. Don’t worry, let’s see what you do on Saturday. I’m still right here,” said Rigondeaux during the presser.

In a separate interview, Casimero said that his promoter, Sean Gibbons of MP Promotions is planning to pit him against Donaire, or Naoya Inoue next while flashing a middle finger on the camera.

“This fight for me is very important because my next opponent could be Donaire or Inoue, then maybe, I don’t know if my opponents are scared,” said Casimero during the interview that was uploaded on YouTube.

Read Next
Cebu City to CIDG: Investigate selling of vaccines