VSMMC: Oxygen supply from our plant could become insufficient if COVID-19 cases continue to rise 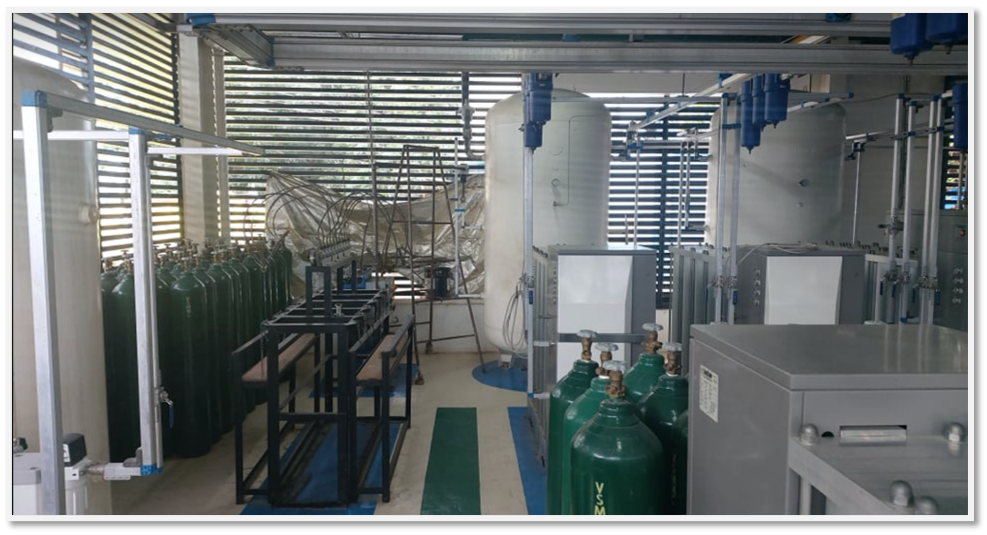 During their virtual open hospital tour, Lawyer Paul Gino Lopez, VSMMC chief administrative officer, said that at present, they have enough oxygen supply for their patients, but stressed that as the cases continue to surge, it might be critical.

Lopez disclosed that their oxygen generating plant could produce 760 tanks of oxygen a day, with around 100 tanks being consumed daily.

For her part, Maureen Bien, VSMMC financial management division chief, said there is nothing to worry about when their oxygen plant encounters some problems, saying that they have partner suppliers who can readily supply should they run out of oxygen tanks.

When asked whether VSMMC could be tapped by other hospitals that will be running out of supply, Lopez said that they will extend help should there be a need, subject to the guidelines and protocols.

He, however, clarified that even if their main mission is to save lives, they also have to make sure that they could provide the needed supply of their patients and that they will only extend when there is a surplus of supplies.

“We are always looking to save lives. It doesn’t matter kon asa na nga facility, but first, we need to make sure that we can give the needed supply for our patients inside VSMMC. So, that’s why we are pleading for the public to really observe minimum health protocols kay lisod kaayo, there is no sufficient supply if ma increase pa ang need of patients nga magkinahanglan og oxygen,” said Lopez.

He emphasized that the majority of the patients referred to their hospital are those who are severe and critical who are badly in need of oxygen.

Lopez said the oxygen plant, that was established to cater to patients of VSMMC is ready for expansion.

If given a budget, Lopez said they could expand the facility to generate more oxygen.

He said the plant costs P120 million to build, and that they might be needing P60 million more for the expansion.    /rcg

VSMMC: We have enough oxygen supply

DOH: Gov’t discussing how to regulate sale of oxygen tanks

Read Next
Detainee found dead in quarantine facility in Ronda