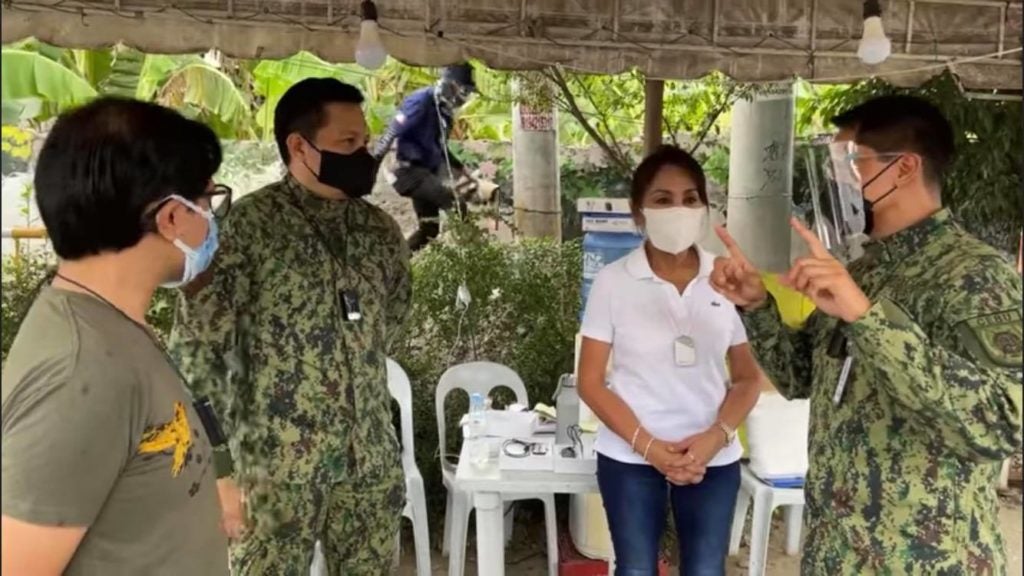 MEDELLIN, Cebu — Cebu’s top police official said Governor Gwendolyn Garcia has expressed satisfaction over how checkpoints in the different towns of the province are being managed.

The governor’s statement came just two days after she issued a directive to the chiefs of police (COPs) in the province to strictly conduct checkpoints in their respective areas of jurisdiction.

Garcia, along with Police Colonel Engelbert Soriano, the Cebu Police Provincial Office (CPPO) director, inspected checkpoints in 21 towns and cities in the province on Saturday, August 14, 2021, the majority of which were located in northern Cebu.

“The Governor is satisfied with the way our checkpoints are being managed. She’s very supportive of our personnel manning the checkpoints,” said Soriano.

He said that apart from the inspection itself, police personnel from each checkpoint were provided with wearable air purifiers as well as food packs.

Garcia made the inspections to see to it that all of the province’s 50 police stations are conducting 24/7 checkpoints as directed to ensure that all public utility vehicles (PUVs), particularly buses and minibuses are complying with the guidelines and protocols set by the Cebu Provincial Government while it is placed under General Community Quarantine (GCQ) with heightened restrictions.

The governor, on Thursday, August 12, told Soriano to echo her warning to the chiefs of police that she would personally inspect the stations to make sure that her directive regarding checkpoints is being implemented.

The warning stemmed from their meeting with bus operators, including minibuses and premium taxis on the same day, after the Sugbo News team, which came from the town of San Remegio in northern Cebu, had noticed that only the Sogod town police were conducting a checkpoint as they were heading back to Cebu City on Wednesday evening, August 11.

However, Soriano on August 13, said that they have adjusted immediately, as he also reported a bit of confusion, saying that some police stations were doing dictated checkpoints, or in a pre-determined time and place.

The CPPO was directed to enforce checkpoints to ensure the compliance of the public utility vehicles (PUVs) plying provincial routes with the new regulation for buses and minibuses to pass through either the north or south bus terminals before proceeding to their provincial routes.

Apart from inspecting their trip tickets which will be issued when exiting the terminal, police are also tasked to ensure that these buses and other PUVs are not overloaded and are observing other health protocols.

Starting Monday, August 16, police will include in their inspection if personal air purifiers are being worn by PUV drivers and conductors.