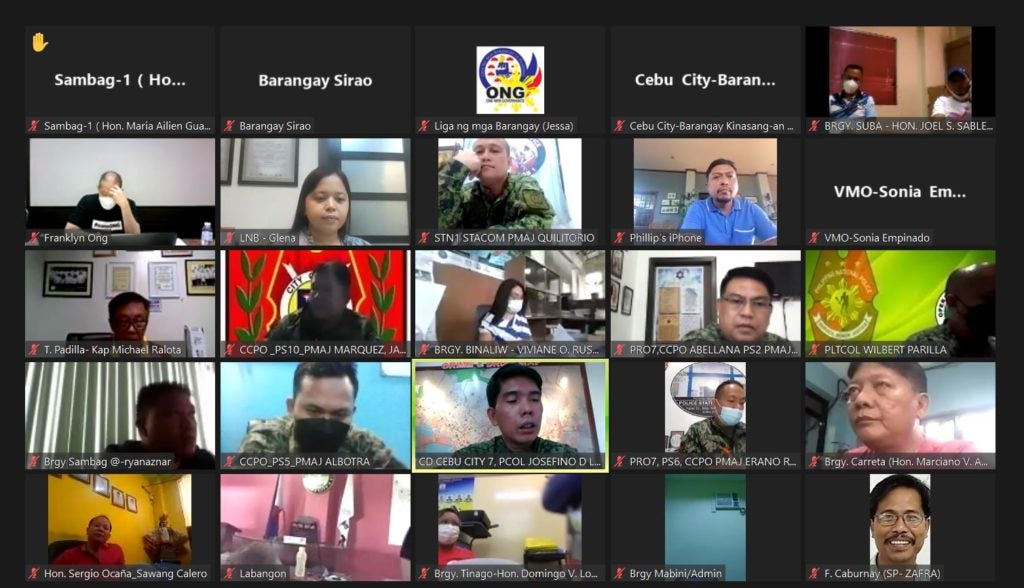 MANDAUE CITY, Cebu – Cebu City and barangay officials discussed on Monday afternoon, August 16, means on how they can help residents and barangay personnel cope with the ill effects of the implementation of “Oplan Puyo.”

Councilor Franklyn Ong, president of the Liga ng mga Barangay – Cebu City Chapter, said they will be extending food assistance to personnel coming from the 80 barangays who are being utilized as force multipliers and volunteers during the two-week implementation of the regulation that will prohibit city residents from going out of their homes unless for work purposes or to buy supplies.

In an advisory, Ong was quoted saying that the LnB board is now preparing the food assistance for these individuals.

Ong also mentioned during their Monday meeting of the city’s plan to release financial aid that will be determined based on the population of the barangays.

“Unlike the assistance given [in] the previous year, during the ECQ, this year’s assistance will be given only to residents who are under home quarantine or affected by sitio lockdown,” the advisory reads.

They also discussed during the gathering the highlights of Executive Order No. 137 also referred to as “Oplan Puyo” which Acting Mayor Michal Rama signed on Sunday, August 15.