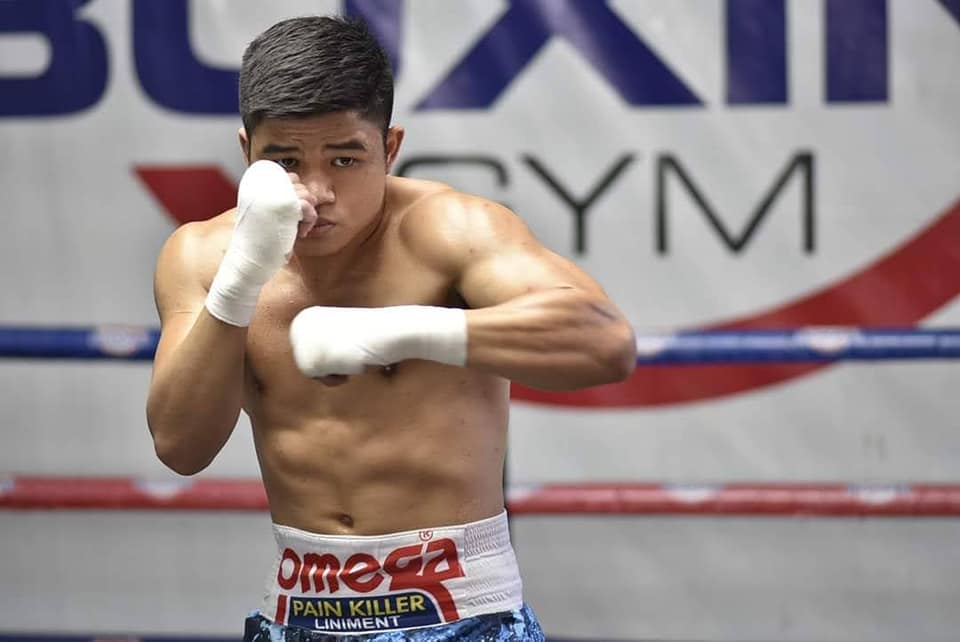 Apolinar who had a spectacular performance in the main event of “Kumbati 10” is one of the two boxers that GAB lauded for July 3, 2021 at the IPI compound in Mandaue City.

The other boxer that GAB named the “boxer of the month” is OPBF minimumweight champion Melvin “Gringo” Jerusalem. Both boxers are based in Cebu.

Jerusalem is fighting under Zip Sanman Boxing Team’s banner while Apolinar is one of Omega Boxing Gym’s rising star.

The 26-year-old Apolinar, the pride of San Pablo, Laguna, put on a masterful performance against Jess Rhey Waminal.

He knocked out Waminal in the final round with a vicious body shot and won the OPBF silver featherweight strap in the process.

It was the “Thunder’s” acid test to determine if he’s ready to take on tougher opponents, according to the Omega Pro Sports International (OPSI).

He extended his winning streak to 10 and has a very promising record of 15 wins, 1 defeat and 9 knockouts.

Waminal suffered his fourth defeat with 14 wins, 8 knockouts and 1 draw.