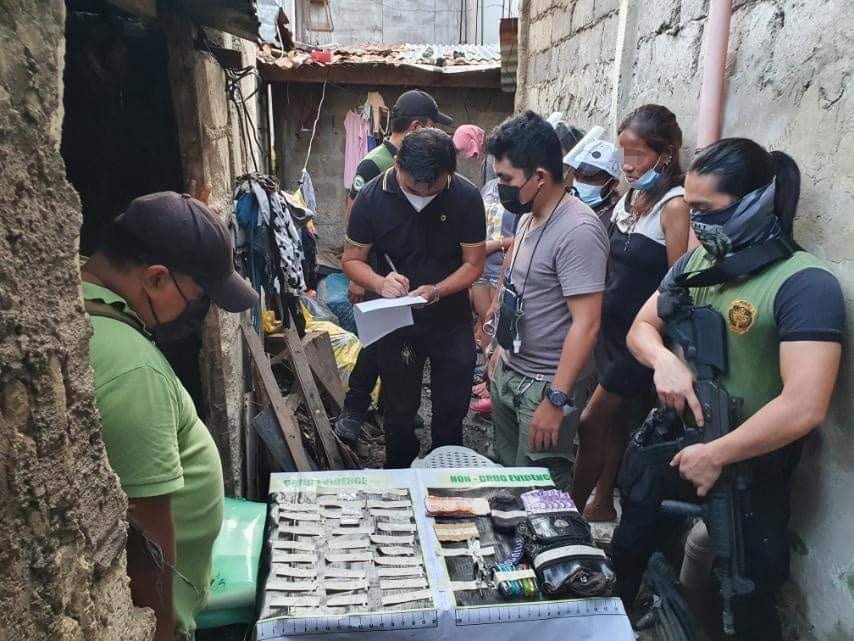 Eight persons were arrested by personnel of the Philippine Drug Enforcement Agency (PDEA-7) during a buy-bust operation in Barangay Duljo Fatima, Cebu City on Monday afternoon, August 30. | Photo from PDEA-7

Leia Albiar, spokesperson of the Philippine Drug Enforcement Agency in Central Visayas (PDEA-7), said this was already the 17th drug den in the region that they dismantled since January 2021.

The drug den in Duljo Fatima was located inside the house of a certain Karla Junas, 37.

The seven – five men and two women – came from the cities of Cebu, Mandaue and Naga and the municipality of Dalaguete in southern Cebu.

Albiar said the operation was planned after they received a tip from a concerned citizen on the operation of a drug den in the area.

Based on the information that they received, Junas is able to dispose at least 30 grams of shabu per week.  She has been in the illegal drugs business for more than a year now.

However, they continue to determine where she would source her supply of illegal drugs.

As of this writing, agents also continue to interrogate the seven others who were arrested with Junas.

The dismantling of drug dens, Albiar said, is considered a “high impact” operation because these serve as breeding grounds for criminals.