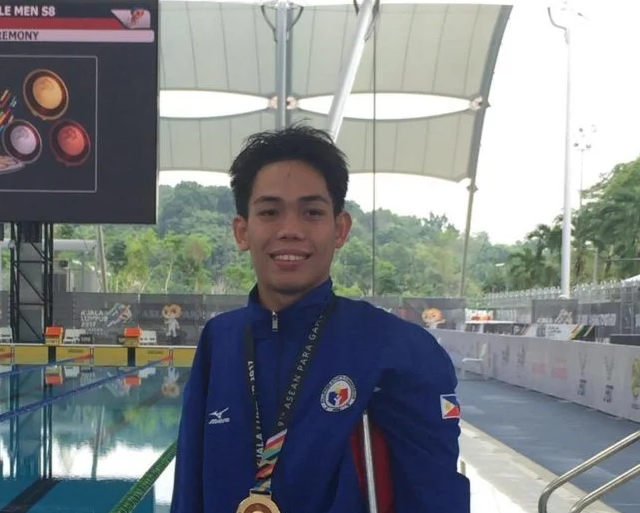 The 25-year-old para swimmer is aiming for redemption after he failed to qualify in Monday’s 50m butterfly S6 event, where he placed 14th overall out of 16 contenders.

Coach Tony Ong said he expects a better performance from a well-rested and more relaxed Bejino.

“I think Gary is more relaxed now after getting his personal best time in the 50-meter butterfly event last Monday. Hopefully, he will also make a good time in the 400-meter freestyle tomorrow,” said Ong in a press release.

Bejino finished the 50m butterfly with a time of 36.14 seconds on Monday.

Bejino, a right arm and left leg amputee after he got electrocuted at the age of seven, will be assigned to lane No. 7. He will try to land at the top eight to qualify to the medal round.

Meanwhile, wheelchair racer Jerrold Mangliwan is also gearing up his starting techniques to prepare for the men’s 100m T52 race, which is also his last event according to his coach Joel Deriada.

“Jerrold’s training the last two days has been focused on his starts. That is his weakness. The start is important in the sprint event. His one-hour training has been devoted mostly to this.” Deriada said.

Mangliwan will vie in the event on Friday. Since there are only nine entries in the event, they will automatically vie for the medal at the Japan National Stadium track oval.

“There are nine lanes so if only nine athletes entered, straight to finals na si Jerrold sa Friday,” he said.

“His (Mangliwan’s) time of 3:58.24 is 11 seconds better than his previous personal best of 4:09.95 so that is a remarkable improvement by any standard,” shared Coach Deriada.