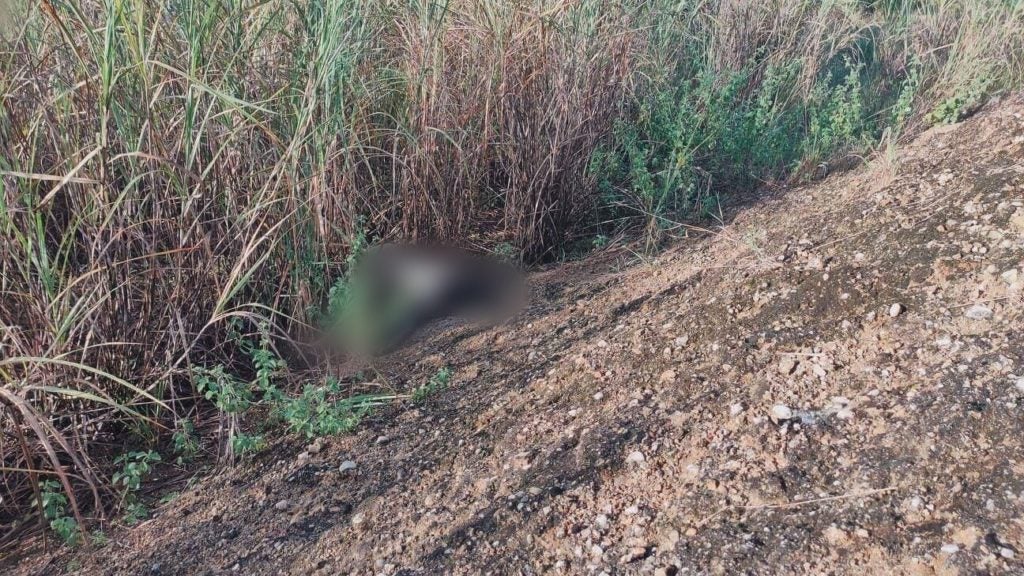 A decomposing body of a man was found on Friday morning, September 3, in Barangay Panangban in Compostela town. | Photo from Compostela PS

CEBU CITY, Philippines—Police in Compostela town, northern Cebu believe an accident may have been the cause of the death of a man whose body was found in Purok Nangka in Barangay Panangban on Friday morning, September 3, 2021.

Police Lieutenant Samuel Negro, chief of Compostela Police Station, said based on initial investigation, the victim, identified as Joel Juntilla, may have fell into a cliff while looking for cellphone signal. His body was discovered in a decomposing state on Friday by his aunt, who was also in the area looking for better cell signal.

(He is known to be always out of their house. He usually doesn’t go far, just in areas near their house. The initial findings of SOCO is that he slipped and was unable to get back up while trying to look for signal.)

According to police, the victim’s family said Joel, who was in his 40s, has been away from their house since Saturday, August 28. The family told police they didn’t report Juntilla missing since he was known to be someone who was always out.

The family also described Juntilla as someone experiencing a “nervous breakdown.”

Read Next
Here they go again — ABBA reunites after 40 years