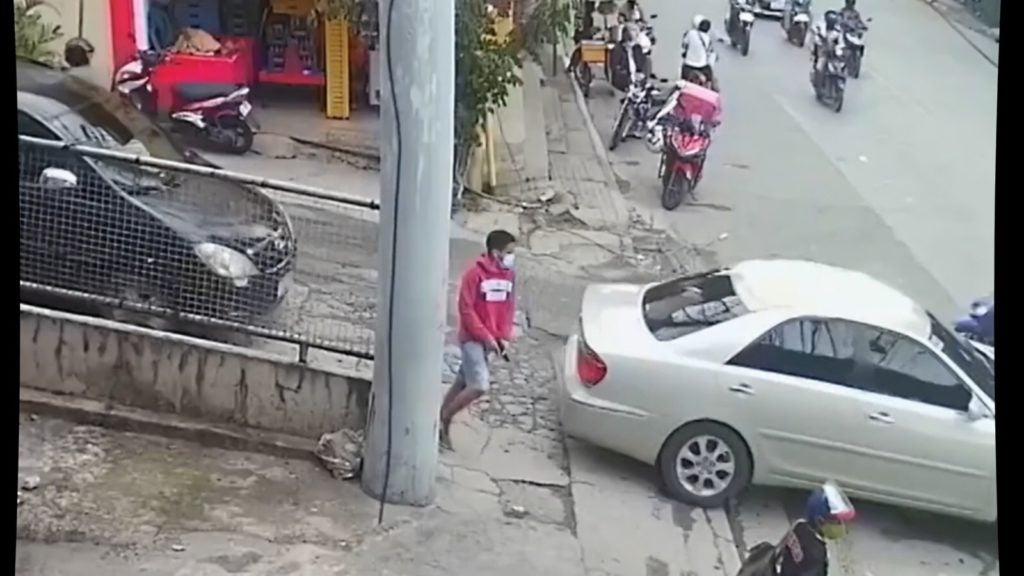 The enhanced image from the security camera that investigators have recovered shows the assailant approaching the car of murdered lawyer Rex Fernandez on August 26 along Duterte Street, Banawa, Barangay Guadalupe, Cebu City. | Photo courtesy of CCPO

CEBU CITY, Philippines — The Cebu City Police Office (CCPO) and the National Bureau of Investigation (NBI-7) on Tuesday, September 7 released an enhanced image of the killer of lawyer Rex Fernandez in the hopes of receiving information from the public of his possible identity and whereabouts.

Policemen are appealing to the public not to hesitate to call their office through these hotlines: 09164439961 and 09985986273 if they have any knowledge or tips about the killer.

Parilla said that based on how the suspect gunned down Fernandez on a daring daylight ambush, there is a big possibility that he is from a gun-for-hire group.

Parilla also recently mentioned the possibility that the killing is an ‘inside job’ based on the video where the suspect was seen waiting for the victim five minutes before Fernandez’s car passed by the area.

This means that someone might have informed the suspect of the victim’s activity for the day, Parilla said.

At the same time, the NBI-7 has also released the same photo asking the public to contact them. The agency’s Facebook post also announced that a reward awaits those who can identify the suspect.

Authorities assured that information related to the informants’ identities will be kept strictly confidential.

Authorities here are considering personal grudge as a possible motive behind the killing of Fernandez based on the pieces of evidence they have recovered.