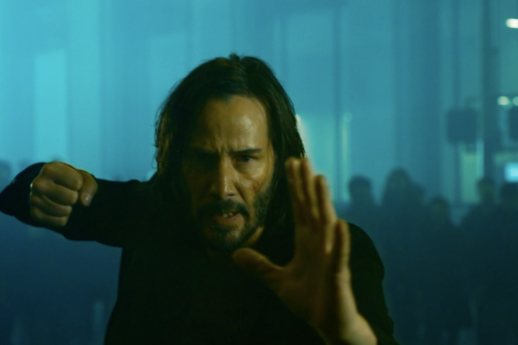 “The Matrix” fans can now get a first look at the franchise’s fourth installment, “The Matrix: Resurrections,” but they first have to make a choice: the red pill or the blue pill?

The film released more than one official teaser that gave a personalized touch to its fans, as seen on its interactive website (whatisthematrix.com) yesterday, Sept. 8. It prompts fans to choose between a red pill and a blue pill, and each teasers change slightly, depending on the time a pill was chosen.

In the red pill teaser, Abdul-Mateen II appeared to be gazing at himself in a mirror while Reeves reunited with Moss’ character Trinity. It also showed a black cat, signifying a glitch in the matrix, in accordance with the film series’ lore. 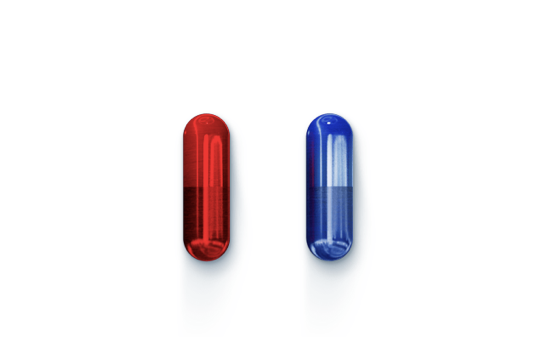 The red and blue pills in ‘The Matrix Resurrections’ teaser. Image: screengrab from WhatIsTheMatrix.com

The blue pill teaser leads fans to an offscreen voice telling them that they have lost the ability to see the difference between reality and fiction.

“Anything else is just your mind playing tricks on you. It becomes a problem when fantasies endanger us,” the voice said.

Meanwhile, if the red pill is chosen, another voice questions the viewers’ reality: “This is the moment for you to show us what is real […] Could be, this is the first day of the rest of your life, but if you want it, you gotta fight for it.”

The pills are also a reference to when Reeve’s character Neo had to choose between the two in the first Matrix film, in 1999. The blue pill would keep Neo ignorant of the Matrix, while the red pill would reveal a life-changing truth.

“The Matrix: Resurrections” is set for release on Dec. 22, 18 years after the third installment “The Matrix Revolutions” was released in 2003. JB