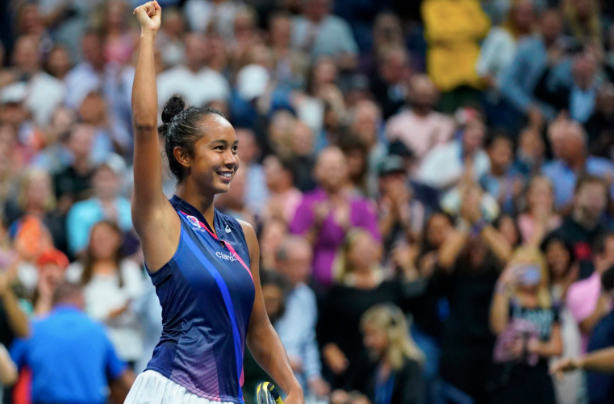 Jorge Fernandez won’t attend his daughter Leylah’s all-teen US Open final showdown Saturday with Britain’s Emma Raducanu over fears about messing with routines that are working.

Fernandez, a former footballer from Ecuador who became a tennis coach for his daughter, will watch from home in Florida as he has for two weeks when 19-year-old Fernandez meets 18-year-old qualifier Raducanu for the title.

“No, I’m not going to be there,” Fernandez told US Open reporters on a conference call. “I’m extremely superstitious. My daughter is as well.

“It’s nothing new. You do your shoelaces a certain way. Leylah and I have always when we figured out what’s working, we don’t mess with it.

Raducanu is the first qualifier to ever reach a Grand Slam final while Fernandez ousted three of the world’s top five to reach the final.

“You’re playing another warrior in front of you. I don’t think the age, who it is or the ranking should even matter,” Fernandez said.

“It’s a finals. Let’s leave it all on the table. Let’s sweat it all out. Let’s make sure that no matter how it finishes, there are no regrets.”

He painfully recalls the last time he watched Leylah in a final.

“It was Acapulco when she made it to the finals and she lost it,” Jorge Fernandez said. “I was hating myself for a good two months afterwards. I didn’t really want to talk about it.

“It’s really about superstition. She knows I’m supporting her from afar. I’m in her heart and she’s in mine.

“Everybody who has seen it from the stadium, fantastic. But I’m going to look at her right across the kitchen table when we’re going to have dinner and we’re going to be OK.”

They’re also in touch often, with Leylah getting calls on a schedule, the night before a match for plans, the next morning for workout needs and for the pre-match pep talk.

“It’s more based on sentiments and emotions,” he said. “It’s almost like a virtual hug and a kiss. ‘Good luck, you know what to do.’ It’s more of a motivating conversation. What I say is what I’m feeling in the moment, what I’m feeling from her.”

It’s a final boost for the mental fortitude Fernandez shows on court.

“She’s just unbelievable with her mindset right now. She shows so much fight,” he said. “But she is human, and she does feel those emotions.”

The teen Fernandez has developed her toughness being a student of tennis.

“That poise has come from her watching a lot of tennis, watching some of the big names, the YouTube clips, watching the matches,” her father said.

“She’s constantly analyzing what happened. She’s a great student of the game. I think that brings that poise that we see in her, able to do what she’s doing because she has watched it so much.

“She’s kind of acting with the same poise that past champions have done. She has learned how they recuperate and keep their poise. That’s what we’re seeing.”

Both finalists have Asian heritage, Fernandez from the Philippines on her mother’s side.

“Those two ladies are touching a lot of young girls. This can only be good for tennis,” Jorge Fernandez said.

“They bring a flair that is very unique for them. I’m glad that they’re touching the Asian community. That’s a huge opportunity in the women’s game just to be able to expand and have a new style.”

He thanked a Filipino-Canadian group for their support of Leylah.

“I truly appreciate the Filipino community backing up Leylah,” he said. “It’s so beautiful. I’m glad that they’ve embraced her. I hope that relationship can only grow between her and her community.”

Leylah Fernandez uses doubters as motivation to reach US Open