Cloudy Tuesday with a chance of rain — Pagasa 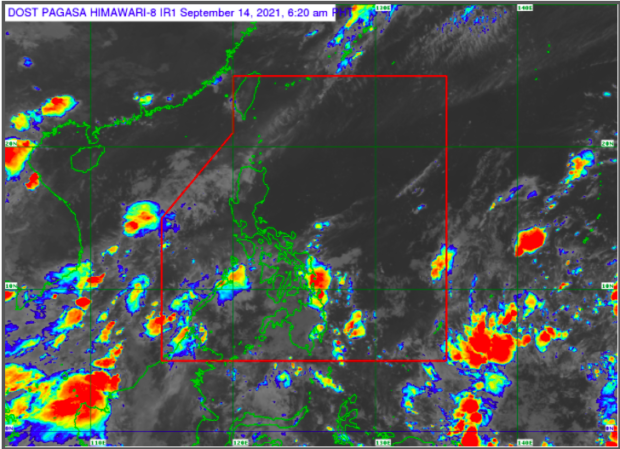 Palawan and parts of Visayas and Mindanao will experience cloudy and rainy weather as the ITCZ remains the dominant weather system in the country, the Philippine Atmospheric, Geophysical and Astronomical Services Administration (Pagasa) reported in its early morning update.

(The Intertropical Convergence Zone is the remaining weather system in the country which would bring rains to parts of Palawan, Visayas, and Mindanao.)

Metro Manila and the rest of the country will have cloudy skies and isolated rain showers due to localized thunderstorms, Pagasa added.

Meanwhile, no gale warning was raised in any of the seaboards nationwide.

Read Next
Lapu-Lapu exec: 181,707 Oponganons get 1st dose of vaccine