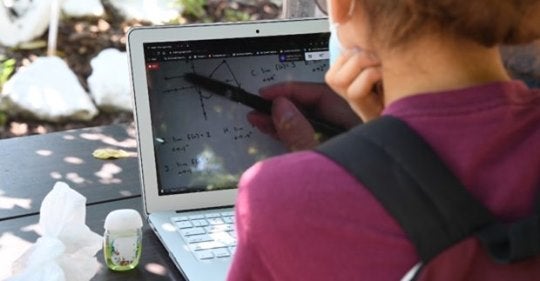 CEBU CITY, Philippines – The Department of Education in Central Visayas (DepEd-7) is expecting the number of enrollees for this school year to increase.

This school year is the second time distance learning is being implemented for students and teachers around the country.

Despite the challenges brought about by the pandemic, Central Visayas recorded more enrollees this year compared to the previous year, wherein around 1.9 million students enrolled.

DepEd -7 is also expecting this to grow as deadline for enrollment has been extended until September 30.

“We’re still in the middle of September and enrollment is until the 30th so we’re really expecting the numbers to increase in the following days,” said Cristito Eco, assistant director of DepEd-7, in Cebuano.

DepEd-7 cited several factors that could have contributed to more students enrolled in public schools which include effects of the economic recession among families, and the threats of the pandemic itself.

On the other hand, DepEd-7 said the start of classes this year went smoothly.

Unreliable internet connection remained a challenge, especially among private schools that led some of them to adapt to a modular mode of learning.