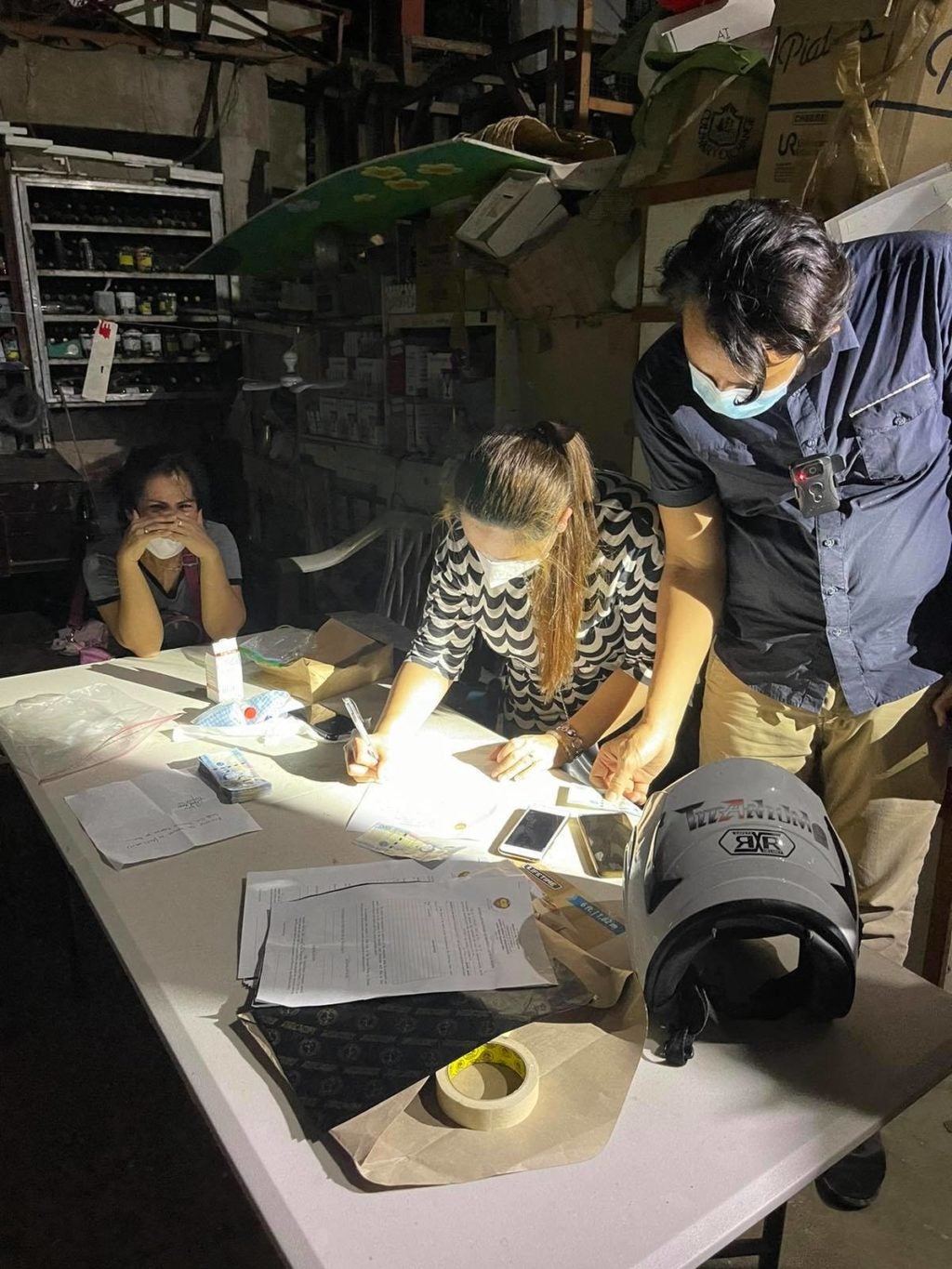 A woman from Cebu City was arrested by agents from the National Bureau of Investigation (NBI-7) for allegedly selling overpriced COVID-19 medicines. | Photo from NBI

CEBU CITY, Philippines — A woman in Cebu City will be facing various charges after she was caught on Monday evening, September 13, selling overpriced Tocilizumab, a medicine believed to reduce the mortality rate of severe COVID-19 cases.

According to the press statement of the National Bureau of Investigation released today, September 17, Director Eric Distor, NBI Officer-in-Charge, identified the suspect as a certain Cherry Jalaron.

Jalaron will be facing multiple charges after being caught engaged in illegal activity in  Barangay Guadalupe, Cebu City.

Before her arrest, the NBI-7 was tasked to investigate and monitor a certain Karen Go who is allegedly behind the illegal sale of Tocilizumab in the city.

NBI-7 agents were able to communicate with Karen Go and last September 13, the bureau’s poseur buyer ordered one vial of Tocilizumab from her.

The NBI said they were able to secure a vial of Tocilizumab for P97,000 which is higher than the Maximum Retail Price of P20,581.45.

After closing the transaction with the suspect, the undercover agent and Karen Go agreed to meet in Barangay Guadalupe.

However, instead of Karen Go, Jalaron was sent to deliver the medicine and was arrested.

According to Jalaron, she was Go’s secretary and was only instructed by the latter to deliver the medicine at the agreed place. Jalaron is currently detained at the NBI-7 detention cell.

Recently, the Department of Health has scrambled to find supplies of Tocilizumab after its reported shortage in the market.

Due to the scarcity of the drug in Cebu, overpricing has become an additional concern, authorities said.    /rcg

Read Next
Gwen: ONE CEBU to announce presidential bet after November 15th