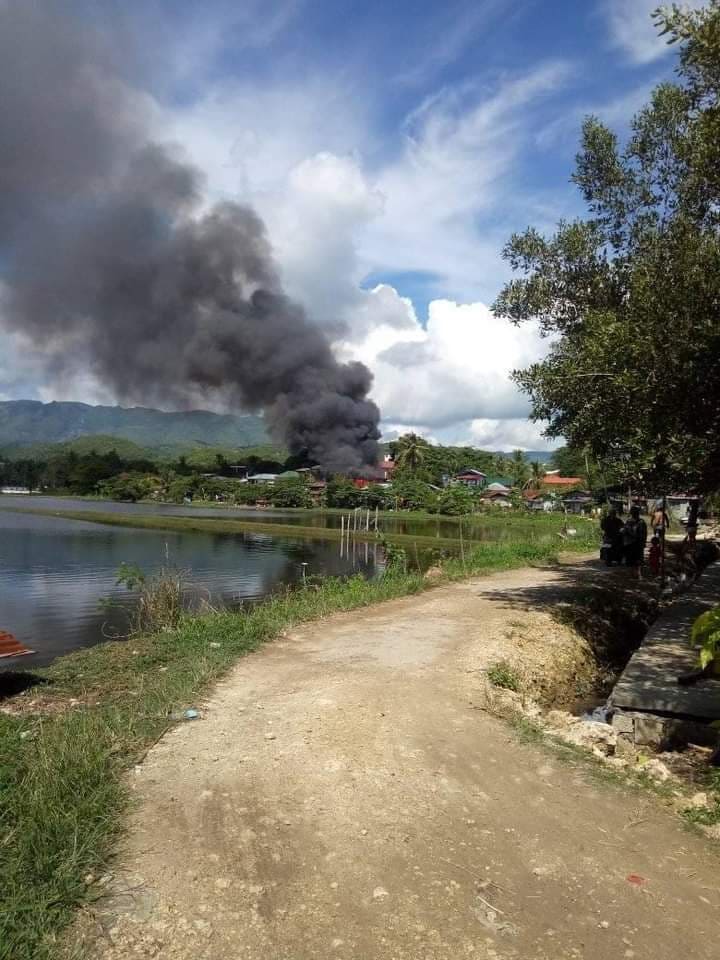 Ten houses were gutted down by a fire that hit a residential area in Sitio Manubag, Barangay Cogon East, Carmen town in northern Cebu, on Saturday morning, September 18. | Contributed photo via Paul Lauro

Fire Officer 1 (FO1) Dharlene Mari of Carmen Fire Station said they were able to respond quickly to the fire scene since the area was just around 50 meters away from their station in Barangay Poblacion.

After thirty minutes of fighting the blaze, Mari said they declared a “fire out” with no reported injured individuals.

He, however, could not yet provide the total number of affected individuals as they are still coordinating with the barangay officials.

Mari said most of the gutted houses were made up of both concrete and light materials. Damage was estimated at around P100,000.

According to eyewitness accounts, the fire started on the 2nd floor of a house owned by a certain Rosita Barro the cause of which is still being investigated.

Around four hours earlier, another blaze burned down a house in Barangay Biasong, Talisay City affecting at least six individuals.

No one was reported injured in the 20-minute blaze.

Fire Officer (FO1) Reeson Pier of Talisay City Fire Station said that based on the statement of the house owner, Rimonda Atria, her husband heard an explosion from inside their room.

The gutted house was made of concrete and wood while damage to property was pegged at P60,000.

Pier said that there are at least three fire incidents that happened in Talisay City this month alone as he reiterated his reminder to the public to be vigilant and immediately call the fire station so firefighters can immediately respond.

Mari, for his part, appeals to the public to always be cautious and constantly check and unplug appliances that are not in use.

Read Next
Distribution of P3K cash aid for senior citizens in Cebu City starts on Sept. 25