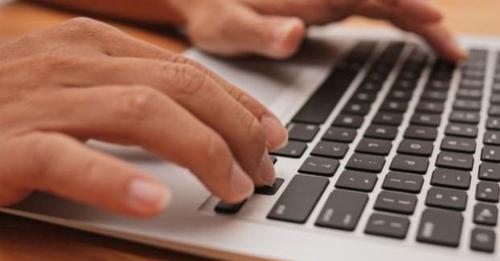 MANILA, Philippines — With the current setup of blended learning due to the pandemic, students have resorted to online cheating via a Facebook group where they share notes and test answers.

The “Online Kopyahan” community had at one point more than 600,000 members, but after a local television report aired on Friday, the now-archived Facebook group was left with 571,900 members.

It was publicly visible on the social networking app before it was archived. Now, no one can create new posts, like, comment, or add more people and only members can see the group’s previous content.

Most of the information shared were students’ answers to their modules and notes on different topics while others offered answer keys, which were also provided in the learning materials given to them.

In an interview on Friday with TV network GMA, which aired the report, Education Undersecretary Diosdado San Antonio said: “This is alarming. It is not helping that instead of the children putting in their efforts to learn, they just copy from each other.”

He added that they were looking to request the deactivation of the Facebook group.

Kristhean Navales, a fourth-grade teacher and president of the Quezon City Public School Teachers Association, said it was saddening that students resorted to online cheating because of the struggles they were experiencing.

“I think the distance learning system really encouraged the cheating because its design has many flaws. Learning has become a burden to students so they find ways to make the situation easier for them,” he said.

Navales said that it was important to look at what urged the students to resort to cheating and why education seemed like a heavy load for them.

“That is how I look at it as a teacher. Not just because [cheating] is wrong but [considering] what actually prompted them to do that,” he said.

“I’m not denying that there is something wrong here but in our generation, it has become different … instead of studying for our future, we’re just studying to pass [the subject],” said Anne (not her real name), a Grade 9 student from a public secondary school.

She said that not everyone has the mental capacity to keep up with modular learning and self-studying. “Then there are teachers who do not actually care about their students,” she lamented.

Anne cited an online post she saw where a student who was not able to attend an online class due to a weak internet connection shared that he was dismissed by a teacher, saying that she was not to blame for the weak connection.

“Students are also having a hard time and I hope the [DepEd] would not ignore that,” she said, adding that teachers could be more gentle in approaching their students or “reassure or convince [us] that we can turn to them.”

“If they can communicate with their students and make them feel like they can rely on them, then I don’t think [those who were part of the Facebook group] would resort to cheating,” she said.

Belle, a Grade 10 student who saw the news about the Facebook group on TV, said it was not easy for everyone to understand the lessons just by reading or searching online.

“Online distance learning is difficult even for me,” she said.

She noted that some teachers were also not very responsive because “just like us, they also have a lot of work to do.”

Based on a survey conducted by the organization last May, 84 percent of the parents reported that children were learning less in distance learning than face-to-face classes, despite giving more time to guide them.

For Navales, it would be good if the pilot implementation of face-to-face learning would already kick off in low-risk areas while those in areas with high COVID-19 cases should be provided with support in terms of gadgets, internet and modules that are relevant to the current situation.

“This [online cheating] phenomenon is a symptom of the lingering sickness of our education system. This should serve as a wake-up call to the department that learning is becoming a burden to the students and parents and we need to make it more relevant and appropriate to our conditions,” he said.