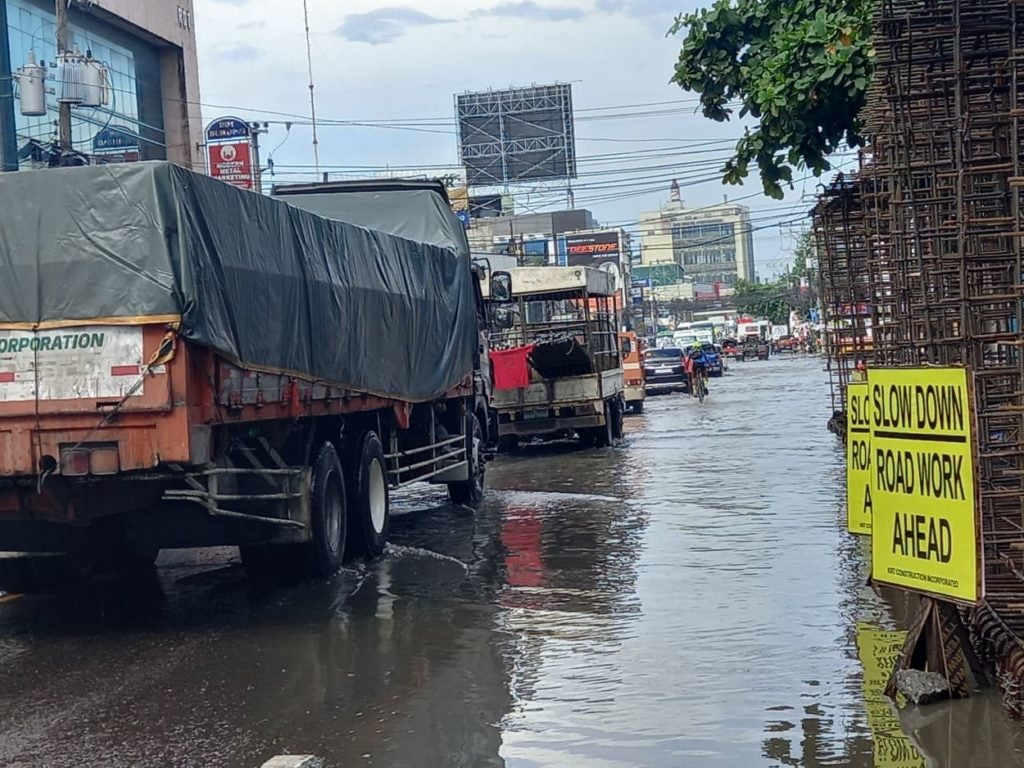 Lopez Jaena St. in Barangay Tipolo in Mandaue City is one of three areas in Mandaue City that was flooded after the afternoon downpour in Metro Cebu. | Mary Rose Sagarino

MANDAUE CITY, Philippines — Three areas in Mandaue City were not passable by cars and motorcycle for almost two hours because of heavy downpour on Friday afternoon, October 1, 2021.

Felix Suico Jr., operations head of the city’s Disaster Risk Reduction Management Office (CDRRMO), said three areas in the city have experienced flooding that were the Lopez Jaena St. in Barangay Tipolo, the road along A.S. Fortuna Avenue near Rolling Hills Memorial Chapel in Barangay Banilad, and the Innodata area in Barangay Subangdaku.

According to Buddy Alain Ybañez, CDRRMO head, the road along the funeral parlor in A.S. Fortuna Avenue was not passable by cars and motorcycles since 1:15 p.m. and was passable starting at 2:08 p.m., vehicles were also not able to pass through Lopez Jaena St. at 1:31 p.m. and was only passable starting at 3:15 p.m. while the area near Innodata in Barangay Subangdaku was not passable for an hour and that water started to subside at 2:55 p.m.

There is an ongoing construction of bigger drainage system in Lopez Jaena St.

Earlier, Suico said that the ongoing construction helped in lowering the level of flood water in the area as before it would experience knee-deep or even higher level of floods.