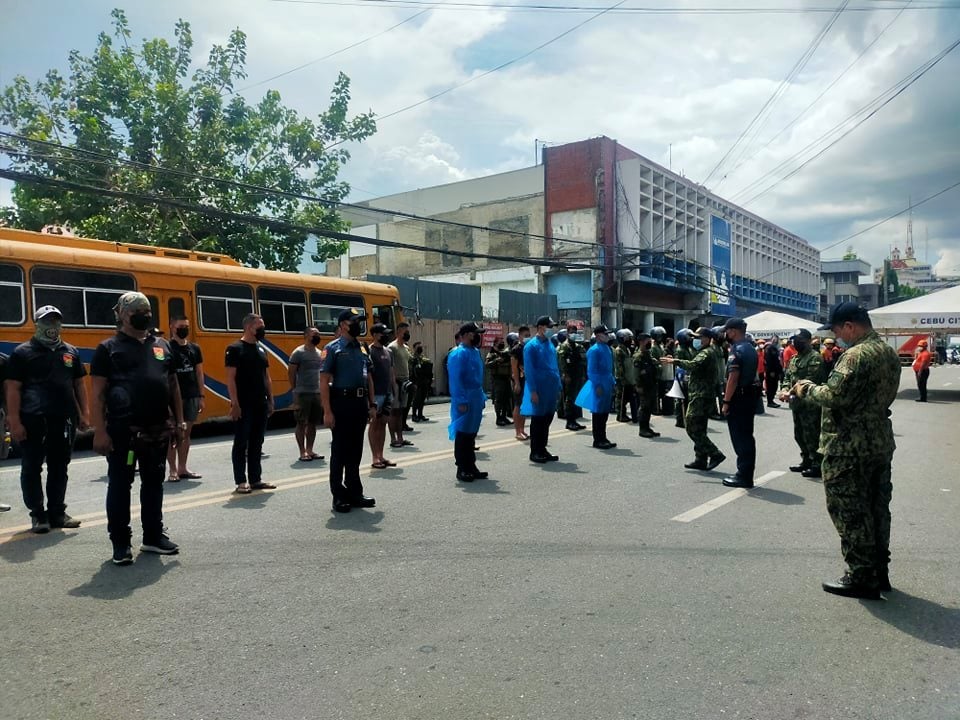 Cops prepare to secure the Comelec offices in Cebu City as the filing of COCs official started on Friday, October 1, 2021. | Dyrecka Letigio

CEBU CITY, Philippines — Let us not be overwhelmed by the funfair.

The chief of the Waterfront Police Station that has jurisdiction of the Comelec offices in Cebu City is again reminding candidates and their supporters of the need to observe health and safety protocols when they file their Certificates of Candidacy (COCs).

Police Major Edgar Labe said that the first day of the filing of COCs on October 1 was  “smooth sailing” with only very few individuals visiting the south and north district offices of the Comelec.

(Yesterday, during the first day of the filing, it was very orderly. Our personnel were deployed and we did not encounter any problems then.)

Labe added that around 50 policemen, including the traffic police and personnel of the Special Weapons and Tactics, were deployed at the vicinity of the Comelec Cebu City offices.

READ: Cebu City cops ready and prepared to secure filing of COCs on October 1 to 8

But they are expecting a different scenario in the coming days.

Labe said that the most of the candidates and their supporters would normally crowd the Comelec offices a few days before or on the deadline of the filing of COCs.

And in order to prevent overcrowding, Labe is asking candidates not to bring their supporters with them to the Comelec.

(We are asking those who are yet to file their COCs not to bring their supporters with them. Our concern now is that the number of active cases in the city is already dropping. If we violate [health and safety protocols] this will result to another rise in case.)

Labe warned that they would arrest anyone who is seen violating health protocols./ dcb

Read Next
The new face of a phenomenal woman: Beatrice Luigi Gomez