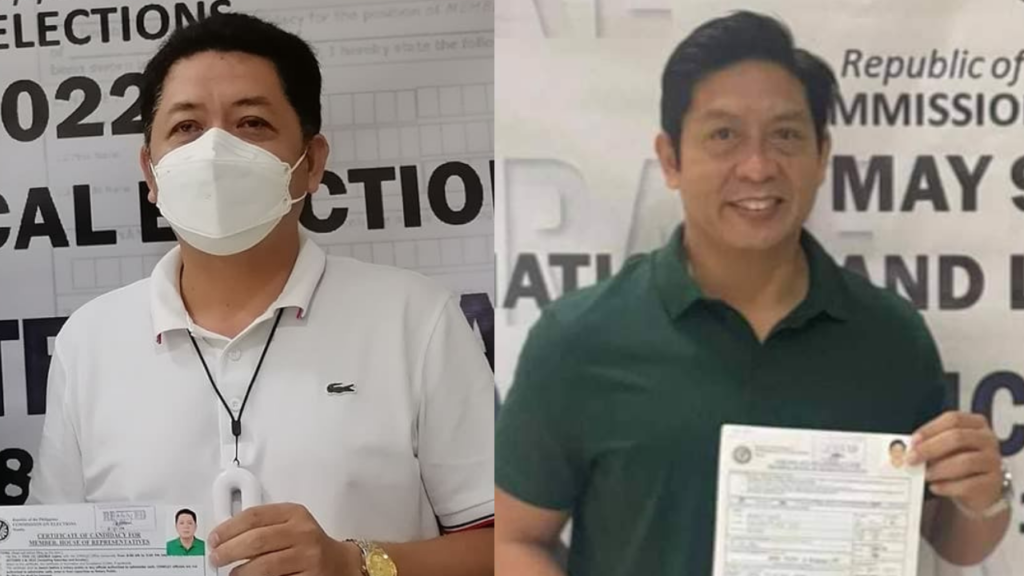 Incumbent Provincial Board members Jose Mari ‘Tata’ Salvador (left) and Celestino ‘Tining’ Martinez III (right) will be vying for seats in the House of Representatives in the 2022 national elections. | Morexette Marie Erram #CDNDPiniliay2022

Salvador and Martinez will be both running as Congressman for the province’s 2nd District and 4th District, respectively.

The former is under the banner of One Cebu and National Unity Party (NUP) while Martinez belongs to Partido Pilipino sa Pagbabago (PPP).

Salvador is currently serving his second term in the Provincial Board.

Martinez, on the other hand, is the President of the Association of Barangay Councils – Cebu Federation (ABC- Cebu Federation) and barangay captain of Cayang in their family’s bailiwick, Bogo City.

A total of six candidates vying for local and national positions in Cebu successfully filed their Certificates of Candidacy (COC) as of 2 p.m. on Wednesday, October 6, the sixth day of filing.

Most of them are reelectionists such as Cong. Peter John Calderon and Provincial Board Member Jerome Librando

Both represented Cebu’s 7th District and happened to be new members of One Cebu, the political party led by the Garcia clan, and the National People’s Coalition (NPC).

Calderon’s twin brother, former Samboan Mayor Raymond Joseph Calderon, is also eyeing a return to politics as he filed his candidacy for Board Member in the 2nd district under One Cebu and NUP.

New names also emerged during the sixth day of COC filings such as Nelson Mondigo and Jose Brainard Mayol who submitted their COCs for Board Members of the 4th district on Wednesday, together with Martinez.

Mondigo and Mayol will also be running under PPP, the political party where gubernatorial aspirant and former Tourism Sec. Ace Durano belongs.

The last day of COC filing will be this Friday, October 8. /rcg

Read Next
This is not a drill, super price drop on toys at the Super Toy Sale this October