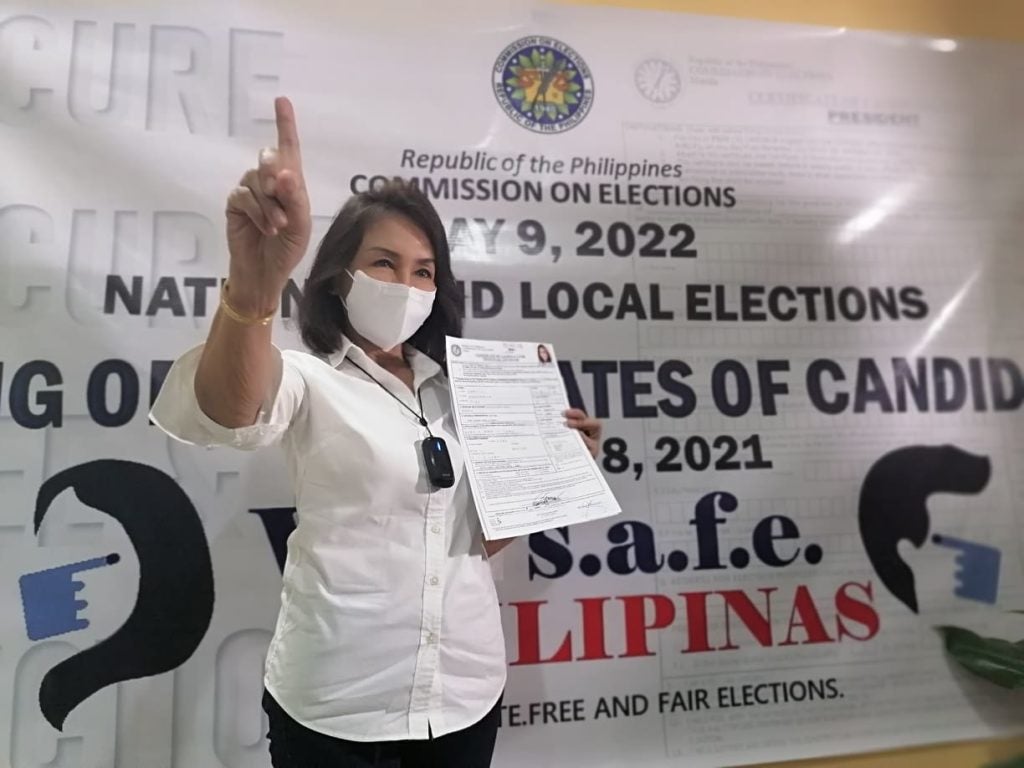 This is what Cebu Governor Gwendolyn Garcia has to say as the gubernatorial race for the May 2022 elections is now raging on.

She will be running under One Cebu, the partylist her family founded, and the ruling Partido Demokratikong Pilipino – Laban ng Bayan (PDP-Laban).

However, the incumbent governor has yet to reveal her running mate.

“Abangan (Watch out),” Garcia told members of the media in a brief interview with reporters.

Durano submitted his COC last Thursday, October 7. He criticized how Garcia’s administration handled the provincial government, particularly in relation to the COVID-19 pandemic.

When asked for her comments, she said:

“I don’t think that deserves any comment at all. If this were coming from someone who had been working very hard in all of these months, had contributed several bags of rice or maybe even one kilo of rice or even one can of sardines, maybe I would respond.”

On the other hand, Garcia highlighted several accomplishments her administration made.

“Gibalik nato ang Sugbo pagka numero uno. Two-and-a-half years later, despite of the horrendous challenge we deal, of COVID-19, I am happy to say that Cebu is once again Number 1 in terms of total assets, total cash, and because we decided to balance public health with the economy,” said Garcia.

“My message to the Cebuanos is actually this: We were, once again, No.1. We’re the best so don’t settle for just a ‘better Cebu’ because Cebu right now is the best. And ipadayon nato ang Sugbo pagkanumero uno,” she added.