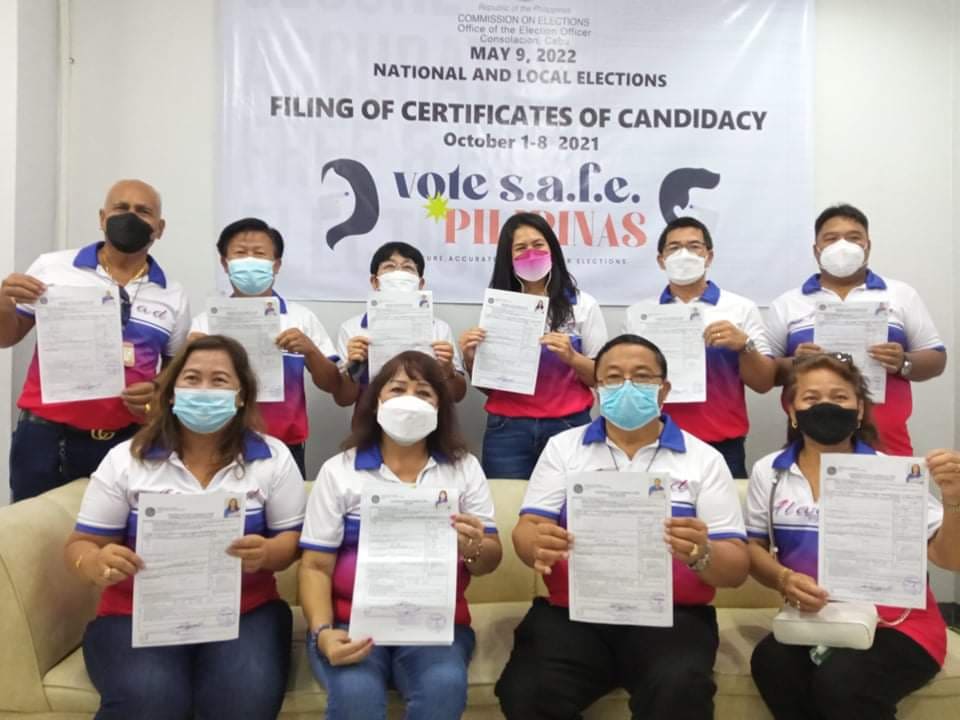 Former mayor and incumbent Consolacion Vice Mayor Teresa “Nene” Alegado who heads the Alagad Party said that she is running again for Mayor to continue and expand the projects that she started such as the International Container Port (ICP) and the reclamation project in Barangay Tayud, among others.

Teresa said that right now, she has a memorandum of understanding with the Department of Transportation (DoTr) to be the partner in the implementation of the projects that needed to be done.

She said the reclamation project is expected to complement the rapid migration issues of residents in the cities of Mandaue, Cebu, and Lapu-Lapu.

The Vice Mayor said that the project would be a big help not only to Consolacion but to the province of Cebu as well.

She said once the 235-hectare reclamation project will be materialized, it will result in the creation of economic, institutional, and commercial establishments that would complement the 25-hectare ICP.

Teresa said that there will always be objections or negative comments when a project is about to be implemented and that she is already used to these.

She added that it is her dream to further lessen the poverty rate in Consolacion.

“Gusto kung mubalik pagka Mayor kay mao nay ako’ng gasa, we are not promised a life that we expect, only God knows, at least a legacy that not only Consolacion can enjoy but the entire province of Cebu,” said Alegado.

Teresa’s son, incumbent Mayor Joannes “Joyjoy” Alegado said aside from being invited by Congressman Sonny Lagon to be the second nominee of Ako Bisaya Partylist, he chose to run for the party-list because he was also into the preservation of the Cebuano dialect and culture.

He said it would be a big opportunity for him to have a voice in Congress as he will be an additional vote for whatever is good of the Cebuanos.   /rcg