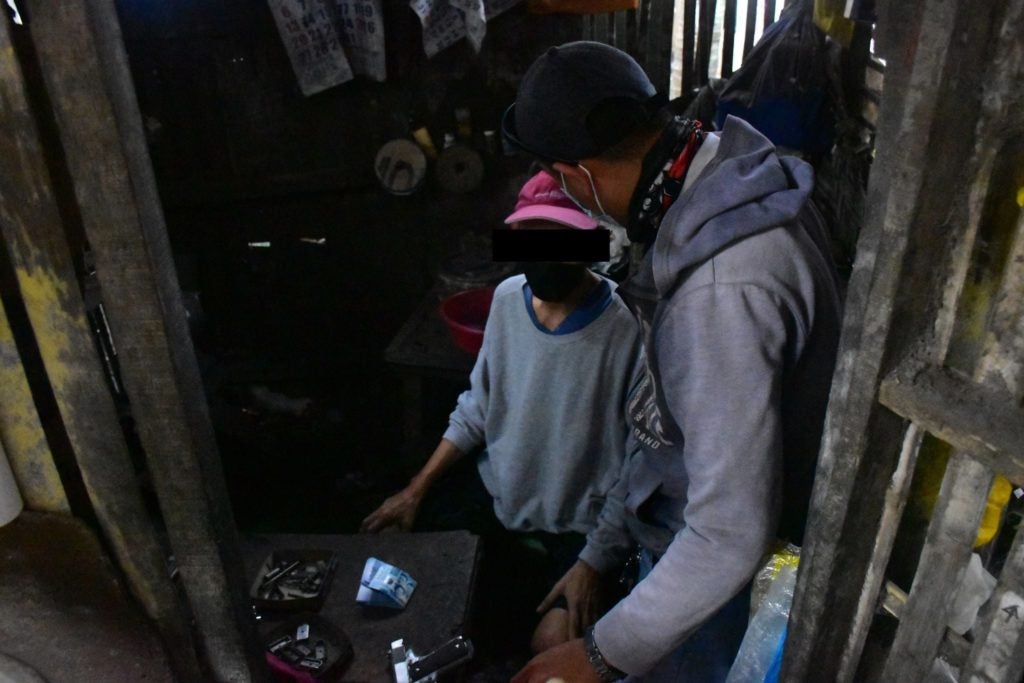 A 52-year-old suspected gunsmith was arrested in a buy-bust operation in Barangay Suba in Danao City on Thursday, October 14. | Photo courtesy of Danao City Police Station

CEBU CITY, Philippines —  The chief of the Danao City Police Station has once again appealed to the city’s residents to report gunsmiths in their areas to minimize gun-related incidents in the city.

Police Lieutenant Colonel Ardioleto Cabagnot, chief of Danao City Police Station, made this call after they arrested a 52-year-old suspected gunsmith in Barangay Suba in Danao City on Thursday, October 14.

Police identified the suspected gunsmith as Fernando Manipis, of the said barangay.

Danao City policemen were able to confiscate one .45 and five .38 caliber and two (2) disassembled sets of .45 firearms from the suspect. Manipis was arrested after a buy-bust operation was conducted against him.

According to police, Manipis has been engaged in this illegal activity for quite a while now.

Manipis, however, claimed that he only repairs firearms and does not make them.

Cabagnot said that locally produced firearms also known as ‘paltik’ can be had for P1,000 to P4,000 depending on the type.

Cabagnot said that the information they received from the residents resulted in Manipis’ arrest.

Cabagnot admitted that there are still many gunsmiths in the city and that they will be monitoring them as part of their anti-criminality campaign. He added that this is also among the security preparations for the coming elections. He said that these firearms could be used by private armed groups.

Hence, Cabagnot called on the community to help address this problem by informing them of the presence of gunsmiths in their area.

Cabagnot, who assumed as the chief of police in Danao City Police Station four days ago, said that he could not disclose yet if the presence of gunsmiths in the city is rampant. However, from information he got from the different police offices he was previously assigned to, he learned that most of the recovered loose firearms were from Danao.

For now, Cabagnot said that he could not tell yet if the presence of gunsmiths in the city could be a factor to consider Danao City as an election hot spot. That’s why they are intensifying their monitoring although he guaranteed that Danao City remains peaceful.

Cabagnot also said that since some residents in Danao City were skilled in terms of making and repairing firearms, he is hopeful that the local government will create a  program for them to legalize and regulate their livelihood.