Butler inks promo contract with Probellum ahead of Casimero duel 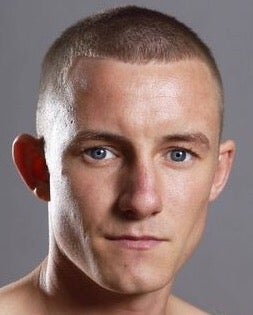 Probellum officially announced on October 14, 2021 (Oct. 15 Manila Time) that they have signed the former IBF world bantamweight champion from the UK a week after they won the purse bid set by the WBO to promote the mandatory world title showdown.

In a statement from Probellum, Richard Schaefer, the president of the newly established global boxing outfit recognized Butler as one of the best fighters in the UK.

“He is one of the best fighters that the UK has produced over the past decade, and at just 32-years-old, still has plenty of big nights ahead of him, so we’re certain this will be a long and successful relationship,” said Schaefer.

Later, Schaefer revealed that Donaire and his wife Rachel will be Probellum’s brand ambassadors tasked to discover Filipino boxing talents.

Meanwhile, Butler (33-2, 15KOs) thanked Probellum for the support and for promoting his upcoming fight with Casimero (31-4,21KOs).

“Probellum have already shown their total support for me by winning the purse bid for my WBO bantamweight title fight against John Riel Casimero, so I’m proud to have them backing me and I can’t wait to once again become world champion in the near future,” said the 32-year old British boxer.

Probellum put up $105,000 to win the purse bid put up by WBO. The purse will be split between Casimero and Butler with the former getting 75 percent as defending champion and the latter getting 25 percent.

The venue of their world title bout is yet to be determined, but Probellum is already looking at Dubai, UAE, or London, UK.    /rcg