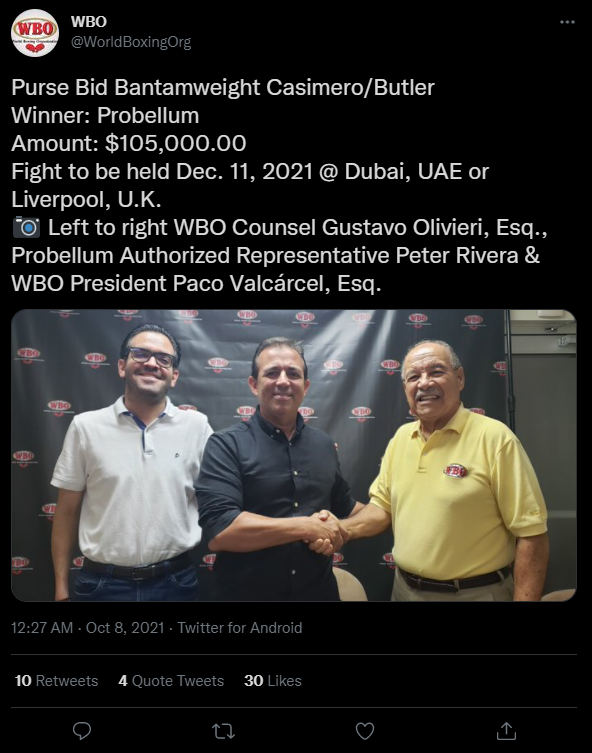 This latest development on the mandatory defense of Casimero’s WBO world bantamweight title means that the Probellum Promotions of renowned promoter Richard Schaefer will promote the bout scheduled on December 11.

Quadro Alas’s mandatory title defense against British Paul Butler will serve as one of the first major bouts Probellum Promotions this year.

Also, they are looking to stage the world title showdown either in Liverpool, England or in Dubai, UAE.

The 32-year-old Casimero (31-4,21KOs) of Merida, Leyte will defend the title for the fifth time after winning it in 2019 against Ricardo Espinoza Franco via knockout.

His most recent title defense ended with a split decision victory against Cuban Guillermo Rigondeaux on August 14 in Carson City, California.

Meanwile, Butler (33-2,15KOs), also 32, is on a seven fight winning streak and won the vacant WBO international bantamweight title in the process. He is currently the No. 1 contender in WBO’s 118 lbs division.