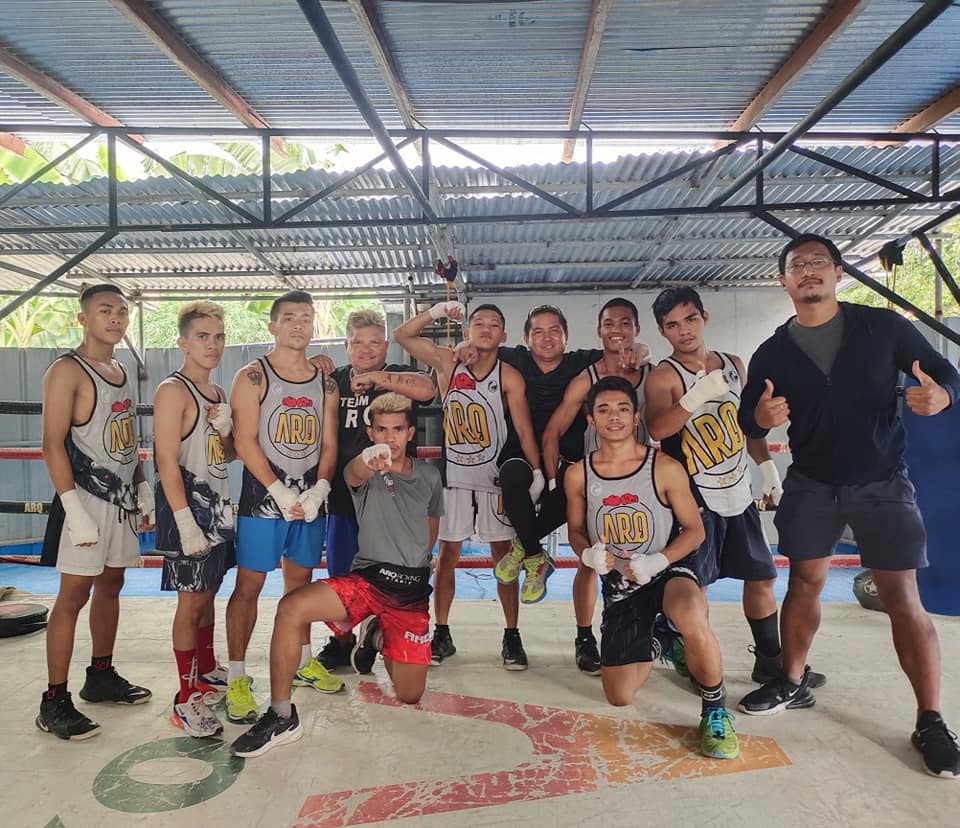 The ARQ Boxing Stable boxers and trainers pose during a lull in their training at the ARQ Boxing Gym in Pardo, Cebu City.     | Facebook photo

CEBU CITY, Philippines — Nine exciting and action-packed bouts will be featured in the “Engwentro Dos” fight card of the ARQ Boxing Promotions on October 30, 2021.

Aside from the OPBF title fight, eight other exciting bouts pitting ARQ boxers will be featured in the fight card.

The venue, according to ARQ Sports director Chelito Caro, is yet to be determined.

Caro told CDN Digital that they’ve applied for a permit in both Mandaue City and Talisay City.

In the co-main event, Rodex Piala of ARQ Boxing Stable fights Jeffrey Stella of Edsel Mike Toñacao (EMT) Stable in a six-rounder under the 130-pound division.