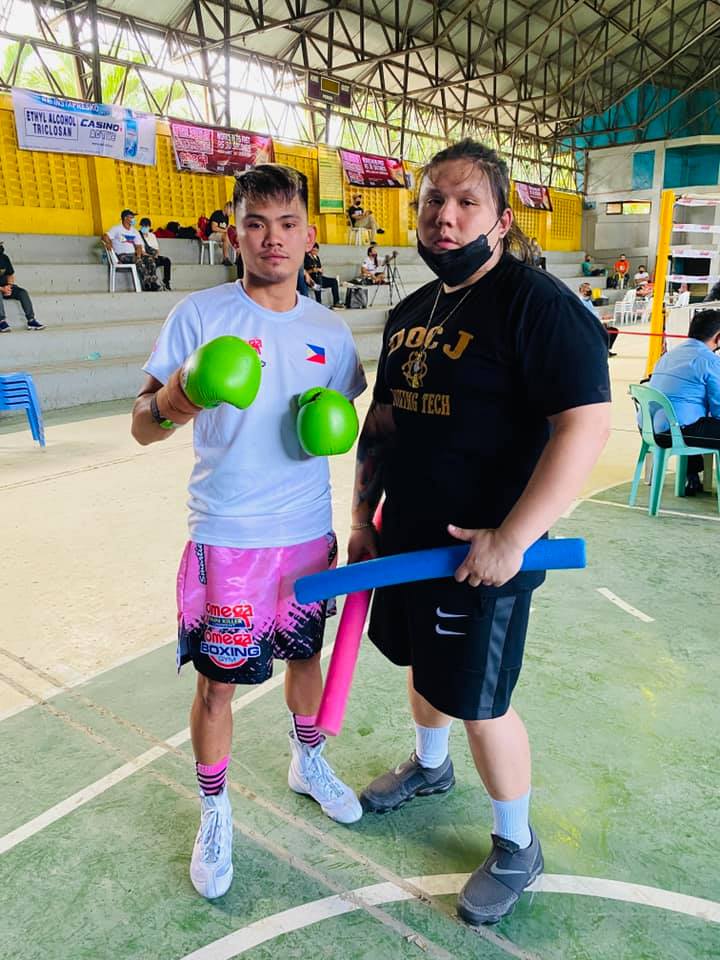 CEBU CITY, Philippines—Omega Boxing Gym’s chief trainer Julius Erving Junco is confident that Christian “The Bomb” Araneta will finish his fight early this Friday,  October 22, 2021, in the main bout of “Kumbati 11” at the IPI complex in Mandaue City.

Araneta will spearhead the “Kumbati 11” fight card versus Arnold Garde in a non-title showdown.

The 26-year-old Araneta of Borbon town, northern Cebu was supposedly fighting in the undercard of the fight card.

However, his stablemate, the unbeaten world-rated prospect Mark Vicelles, was sidelined due to an injury, forcing him to withdraw from the main event bout.

Araneta, who fought twice for a world title eliminator, is seeking to redeem himself from his April 25 loss to African Sevinathi Nontshinga in South Africa.

He lost to the African boxer by a questionable unanimous decision for the IBF world light flyweight title eliminator. Araneta lost despite knocking his foe down in the final round.

Three months after, Araneta came back with a vengeance by knocking out fellow Filipino Richard Claveras in the first round of their non-title duel held in Tabunok, Talisay City, Cebu.

His fight with Garde (10W-10L-3D, 4KOs) serves as a tune-up bout after Junco revealed that they have bigger plans for Araneta next year if he puts on an impressive performance on Friday.

“Hopefully next year we will bring Araneta’s talent to the land of the opportunity. Mao na’y target namo,” added Junco.