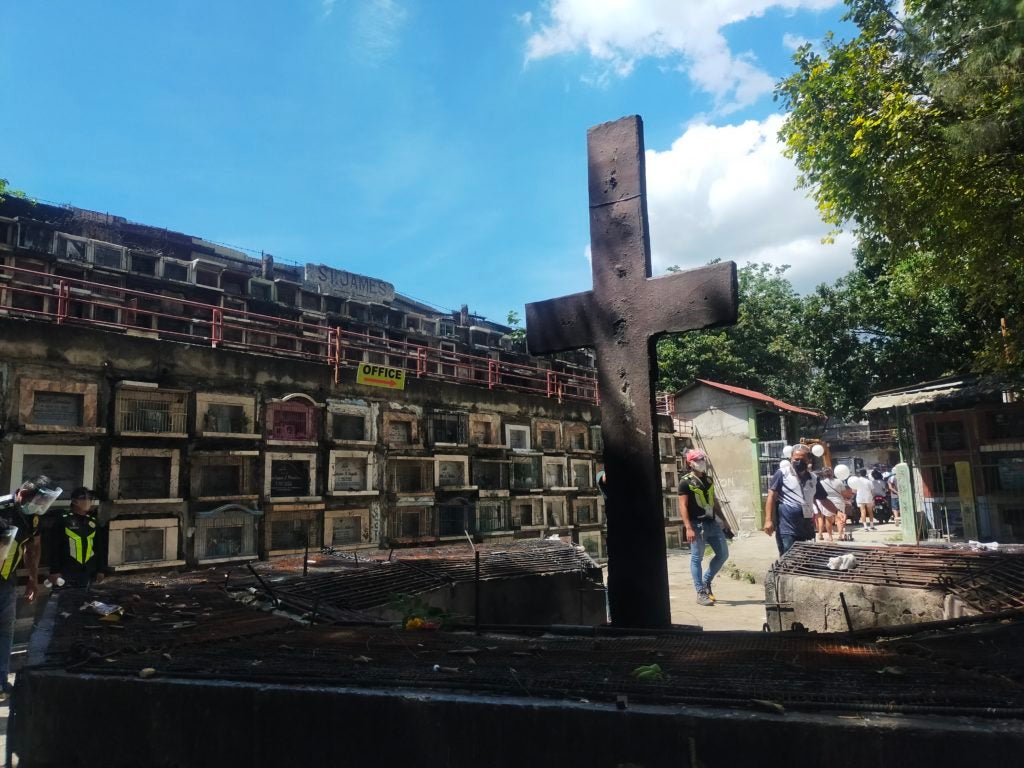 The main Cross at the Calamba Cemetery in Cebu City.

This he said after he inspected the Calamba and Carreta cemeteries on Tuesday, October 19, 2021, the second day of the extended Kalag-Kalag season.

One of the major concerns he raised was the lack of social distancing markers at areas in the cemeteries where people will most likely flock.

He pointed out that the entrances and the area surrounding the main Cross must have painted markers so people will know where to stand.

The distance for each markers must be at least one meter and the area must marshalls or law enforcement must be monitoring the area.

Upon his visit to the Calamba and Carreta Cemeteries, Tumulak led the painting of the markers at each main Cross.

The councilor said there should also be markings at the entrances so that when people are queuing to get inside the cemeteries, they will be organized.

The cemeteries are now open from October 17 to November 5. But on November 1 and 2, only fully vaccinated individuals can enter cemeteries.

Since each person will only be given one hour to visit and each cemetery has a maximum capacity allowable at any given time, Tumulak expects a line to form at the entrances.

Carreta Sto. Rosario Cemetery told the councilor that they may be seeking for additional capacity since only 110 are allowed for them even if their space could accommodate much more.

For now, they are focusing on putting up posters and signages so the visitors would know where to go and what to do.

The police personnel in the two cemeteries said they expect people to start flocking the cemeteries by next week. Tumulak said that all preparation must be completed by then.

READ MORE: No vendors, no bringing of food inside Cebu City cemeteries during ‘Kalag-Kalag’

Read Next
What to Expect: Entire Cebu under Alert Level 2