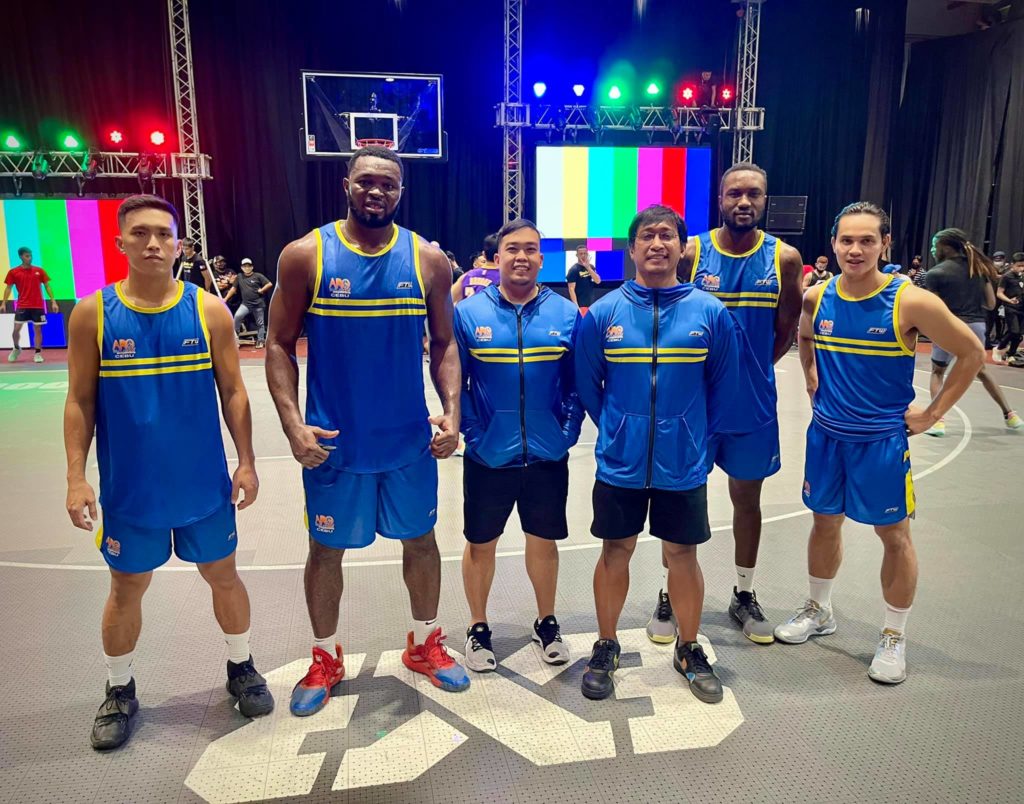 CEBU CITY, Philippines—Cameroonian big man Frederick Elombi believes that the ARQ Builders Cebu has what it takes to win the Chooks-to-Go Pilipinas Invitational 3×3 Tournament that will kick off Wednesday, October 20, 2021, at the Laus Events Center in San Fernando, Pampanga.

The 26-year old 6-foot-7 big man, who once played for the University of Cebu (UC) Webmasters in the Cesafi and the Max4-Birada Cebu in the Chooks-to-Go Pilipinas 3×3 Patriot’s Cup, told CDN Digital that his experience in playing 3×3 tournaments before will be a big help for the team.

“Given that it’s not my first appearance in the 3×3 tournament, I’m ready to help the team win every game come game day,” said Elombi, who last played competitive basketball in March 2020.

“I believe our team has everything it takes to win the tournament. We just have to stay focused and take one game at a time.”

The team’s first match under Group B will be against the Homegrown Grains Bocaue of Dennis Santos, Mark Yee, Ralph Tansingco, and Jayvee Marcelino at 11:20 AM on Wednesday.

Their second match is against the MNL Kingpin Quezon City at 2:20 PM.

If they win both matches or make it up to the top two of Group B, they will advance to the quarterfinals.

For Elombi, the 3×3 league is a welcoming opportunity for a foreign athlete like him who is based in the country. For him, this kind of tournament brings hope for athletes.

“This new development in the sports industry is a significant opportunity for players both local and foreign. It brings so much hope for athletes that games such as basketball will start to be back in full swing,” said Elombi.

However, it will be a challenge for him since he hasn’t trained rigorously due to the lockdowns and restrictions brought by the COVID-19 pandemic.

“Challenging times was not a hindrance for me to keep my body and health in shape. I still continue to do my training in preparation for the leagues coming in the near future,” added Elombi.

Nevertheless, he is very thankful to sports patron and Chooks-to-Go Pilipinas President Ronald Mascariñas for not missing out on foreign players like him to get the opportunity to play again amidst the pandemic.

“The pandemic has greatly affected lives globally and basketball players have been left home just with hopes and dreams. For boss Ronald Mascariñas to organize such a tournament not just for locals but foreign players such as me means a whole lot and I can only say thanks for the opportunity to do what we love,” said Elombi.

Read Next
Apple’s Polishing Cloth to clean your Apple devices for P1,190