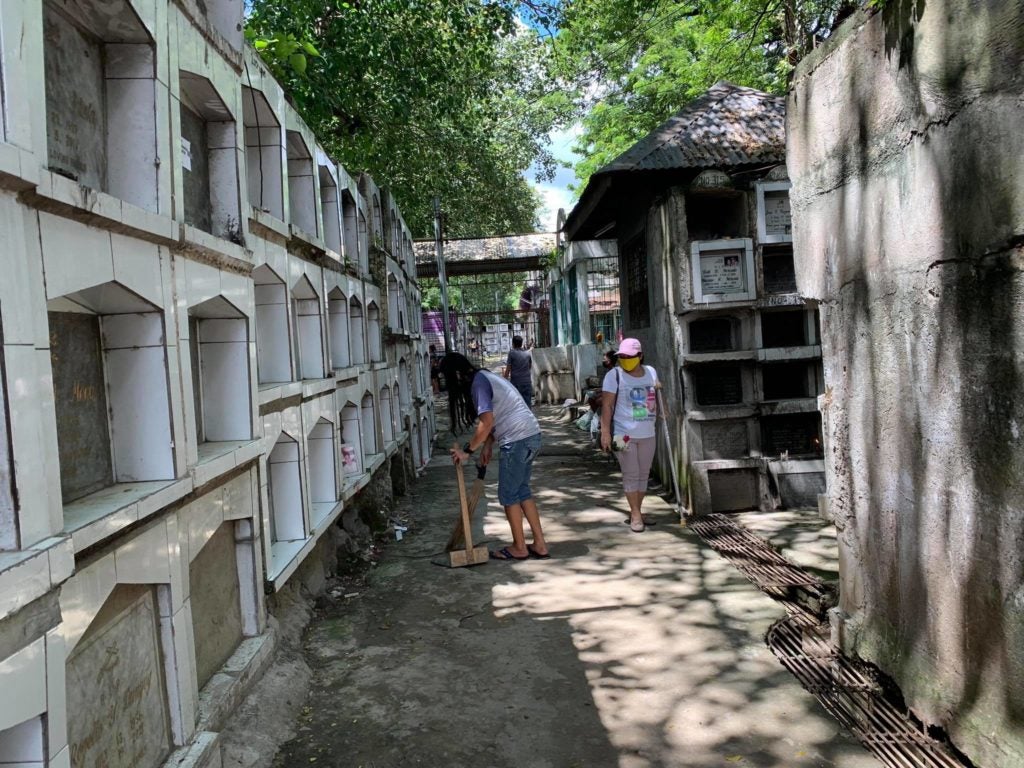 A few individuals were seen inside the Carreta Sto. Rosario Cemetery on Monday morning, October 18, 2021.

CEBU CITY, Philippines — The Cebu City government will continue to open cemeteries in October 29 to November 2, 2021, for the Kalag-Kalag season despite the pronouncement of the Interagency Task Force (IATF) that all cemeteries should be closed on those dates.

Acting Cebu City Mayor Michael ‘Mike’ Rama said the city will not follow the IATF directives because the city’s plans have already been laid in place before the closure was announced.

Furthermore, only vaccinated individuals are allowed to enter the cemeteries on November 1 and 2, 2021, which means that not all of the public will be allowed inside the cemeteries.

The acting mayor will be reaching out soon to the national IATF to allow local government units (LGUs) such as Cebu City to implement their own policies.

Rama argued that by now,  LGUs should be able to implement innovations in their localities to allow movement without compromising the health protocols all the while encouraging the residents to get vaccinated.

The city’s policies on allowing on vaccinated individuals to enter cemeteries on November 1 and 2 is a step forward in adjusting life and policies to the new normal.

“They should know already that we are going towards devolution in managing this pandemic. The real players here are not anymore the national, but already the local government because we know better what happens on the ground,” said Rama.

The acting mayor said the policies are confusing as well as in Alert Level 2, the restrictions have been lessened, but the IATF has still announced the closure of the cemeteries all over the country.

This is the reason why Rama is planning to talk with Secretary Carlito Galvez, Jr., on the seemingly contradicting policies released by the IATF.

As of now, the city will continue to prepare for the expected opening of cemeteries in the city during November 1 and 2, 2021, as they had been doing.

The cemeteries have been open since October 18, 2021, and will continue to be open until November 5, 2021, with restrictions set in place for the entire extended Kalag-kalag period.