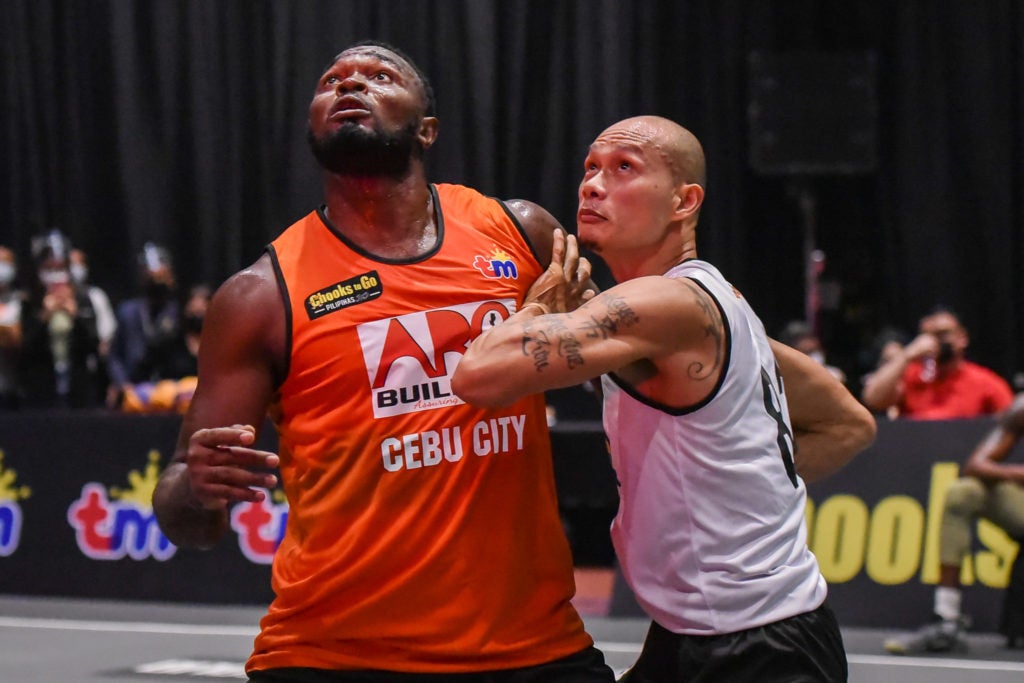 Cebu’s Landry Sanjo (left) and Mark Yee of Bocaue battle for position in a game of the Chooks-to-Go Pilipinas 3×3 Invitational on Wednesday, October 20, 2021. | media bureau photo

Cebu City, Philippines—ARQ Builders-Cebu is off to a slow start as it lost to Mark Yee and the Homegrown Grains Bocaue, 16-21, in the Chooks-to-Go Pilipinas 3×3 Invitational on Wednesday, October 20, 2021, at the Laus Group Events Centre in San Fernando, Pampanga.

ARQ-Cebu, behind the hulking duo of Frederick Elombi and Landry Sanjo, was off to a hot start until Ralph Tansingco and Dennis Santos were able to find their range  to eventually knot the game at 16-all

Yee, a former pro, took charge after by matching Sanjo’s physicality on the defensive end while knocking down big buckets.

Yee closed the game by knocking down two free throws after baiting the 6-foot-7 Cameroonian while attempting a deuce.

Bocaue gained the early lead in Pool B of this tournament that is endorsed by FIBA 3×3 and regulated by the Games and Amusements Board.

Read Next
PROBE’s new policy: Only vaccinated vendors are allowed to sell