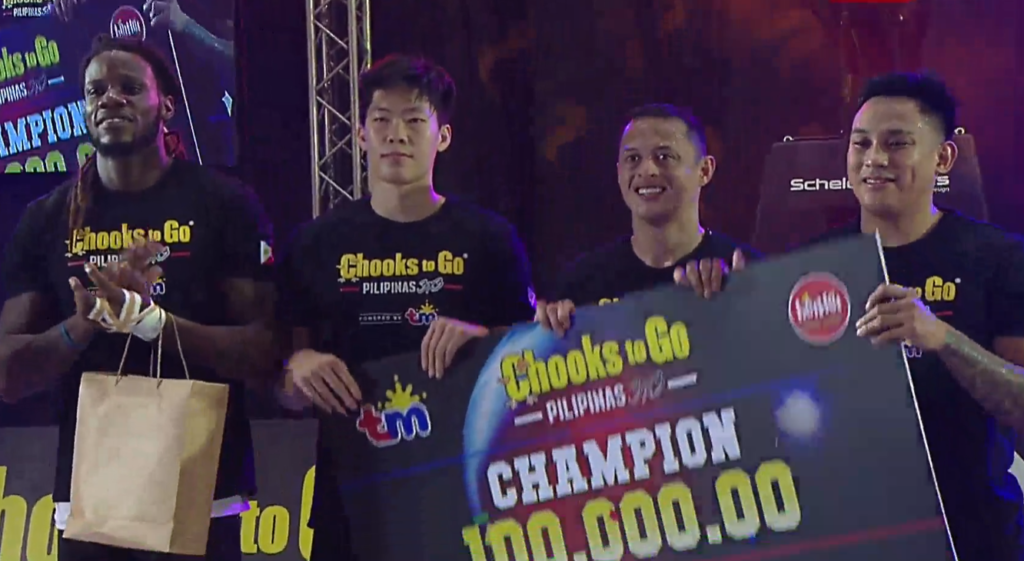 Cebuano Mac Tallo (right) leads Hei Hei Manila to the title of the Chooks-to-Go Pilipinas 3×3 Invitational by scoring 12 of the team’s 21 points en route to an easy, 21-6 bashing of the Pasig King Pins on Wednesday evening.

For Tallo, their win in the Chooks-to-Go 3×3 Invitational is crucial to their preparations for the upcoming FIBA 3×3 World Tour Abu Dhabi Masters that runs from October 29 to 30, 2021.

The winning team in that major tournament will get a chance to qualify for the 2024 Olympics in Paris, France.

Hei Hei Manila didn’t waste time in the finals against Pasig by unleashing all their arsenal on the floor. They logged the fastest game in the tournament which only lasted five minutes.

Hei Hei Manila’s players such as Tallo, Huang, and Lañete played for the Manila Chooks TM in the 2021 FIBA 3×3 Montreal Masters last September.

They were joined by Mark Yee and Dennis Santos. The team’s head coach is Aldin Ayo. /rcg