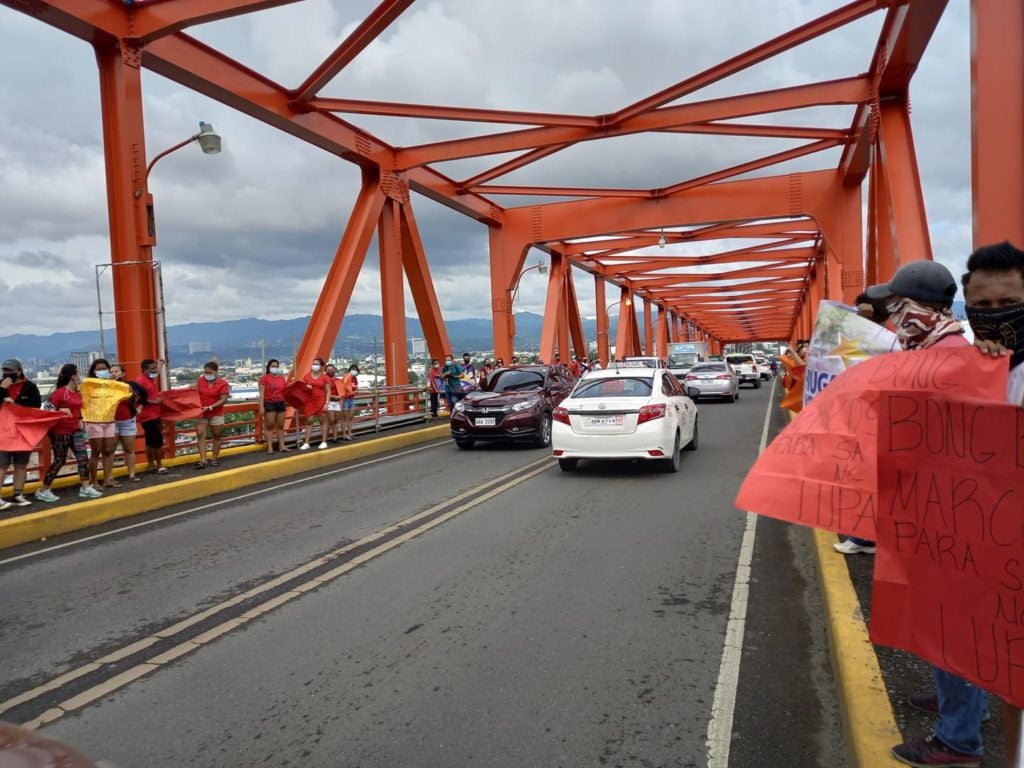 Many loyal supporters lined at the side of the first Mactan bridge, which was built during the time of BongBong’s father, the late President Ferdinand Marcos. They carried signs and tarpaulins to show their support to the presidential aspirant.

Chito Aragon, the convenor, said that there were 120 individuals from different sectoral groups in Cebu who greeted Marcos.

Aragon said that they wanted Marcos to feel the support and love of his Cebu supporters and to boost his spirit for the upcoming 2022 elections.

(We will show our unified support that he is the one we want to be the next president after the 2022 elections.)

Based on the September 6 to 11 poll survey conducted by Pulse Asia, Marcos ranked second on the preferred presidential candidate next to Davao City Mayor Sara Duterte.