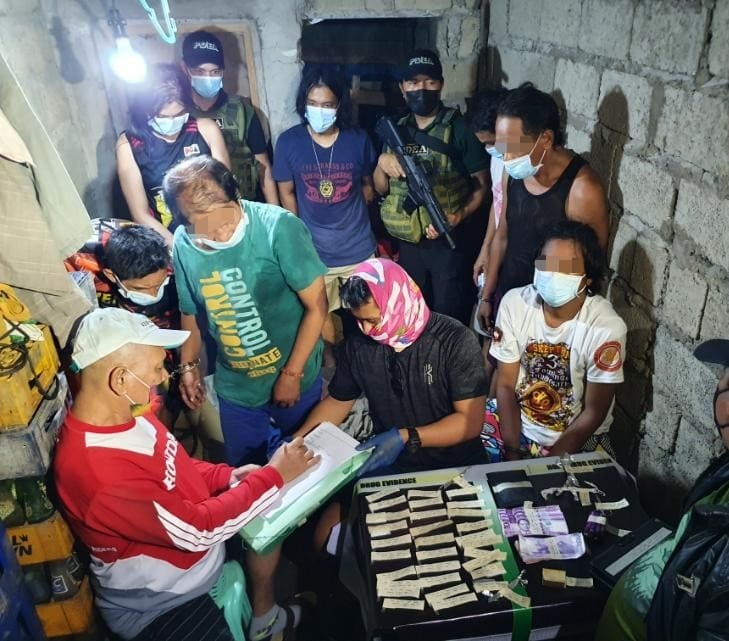 MANDAUE CITY, Cebu – A tip coming from a concerned citizen led agents of the Philippine Drug Enforcement Agency in Central Visayas (PDEA-7) to dismantle a drug den located in a residential area in Barangay Sawang Calero in Cebu City and arrest six individuals who were in the area during their operation Saturday night.

Leia Alcantara, PDEA-7 spokesperson, said this was already the 35th drug den that their Central Visayas agents dismantled this year.

She said the buy-bust operation stemmed from a report coming from a concerned citizen on the operation of a drug den in the residential area.

Gijan, a dried fish vendor, is believed to be the drug den’s operator.

He is able to dispose five to 10 grams of shabu per week to visitors of his drug den, Alcantara said.

Alcantara said the confiscated shabu has an estimated value of P115,600.

The arrested individuals are now detained at their detention facility located in Sudlon, Lahug in Cebu City while they prepare for the filing of complaints for the violation of the Dangerous Drugs Act of 2002 against them.

It took agents about a month to monitor activities at Gijan’s drug den before they finally planned the buy-bust operation Saturday night.

Alcantara, in an earlier interview, said they priortize the dismantling of drug dens because these serve as breeding grounds for criminals and other illegal activities.