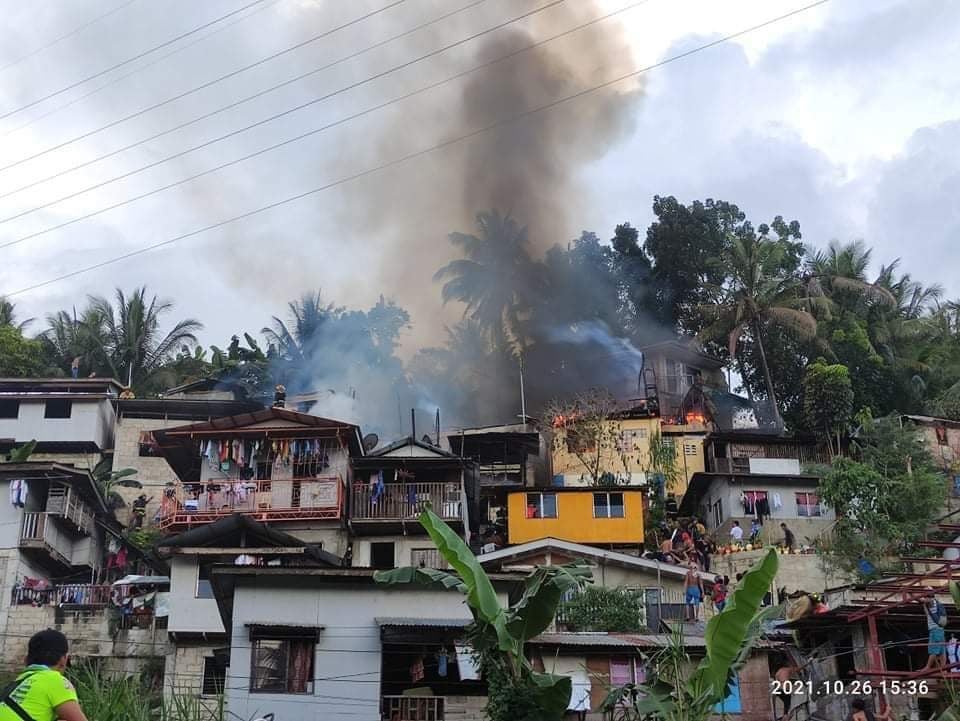 10 houses were affected in the fire that transpired in barangay Kalunasan in Cebu City past 3:00 p.m. on Tuesday, October 26, 2021. | contributed photo via Paul Lauro

Fire Officer (FO2) Fulbert Navarro of the Cebu City Fire Office said that the afternoon fire allegedly started from a house of a certain Rey. Damage of properties was pegged at P150,000.

Navarro said that they have yet to verify what caused the fire that was reported to them at around 3:12 p.m.

The said fire was declared under control at around 3:36 p.m. and declared ‘fire out’ 12 minutes later.

Navarro further said that there were no reported injured individuals or fatalities in the fire.

As of this posting, they  also have yet to find out how many individuals were displaced by the Kalunasan fire.

Navarro admitted they had a difficult time to respond in the area due to its location as houses sat on a hillside.

(The area was so steep with a narrow pathway. The affected houses were located in a slope and there was no other way to the area. It was really very difficult for us and the water pressure could not reach the area since it was elevated.)

Navarro said the affected houses were confined to a 100 square-meter area.