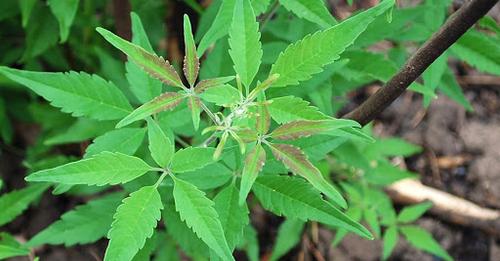 MANILA, Philippines — The clinical trials on herbal medicine “lagundi” as a supplemental treatment for COVID-19 patients have shown “promising results” in decreasing the symptoms in mild cases, especially the loss of the sense of smell, according to Science Secretary Fortunato dela Peña.

Speaking at a forum held by the Department of Science and Technology (DOST) on Tuesday, Dela Peña said the trials were conducted “because of our knowledge that lagundi is an approved cough remedy.”

In a two-stage trial, two different doses of lagundi tablet and syrup were administered to 75 adults.

The high dosage consisted of 1.2 grams given three times a day while the normal dose had 600 milligrams administered thrice a day for 10 days.

The second stage of the trial is the large-scale testing where the more effective normal dose was compared to the placebo group.

“In stage two, they found promising results on the effects of lagundi in decreasing the symptoms during mild COVID disease, especially for anosmia or loss of the sense of smell, and overall relief of discomfort due to other symptoms,” Dela Peña said.

Meanwhile, community trials for virgin coconut oil (VCO) demonstrated that it can serve as another adjunct supplement to probable and suspect COVID-19 cases for its viral and immunomodulatory properties.

The Food and Nutrition Research Institute (FNRI) led the trials that evaluated the impact of VCO in normalizing the c-reactive protein, hematology tests, pulmonary function, viral load, lipid profile, diminishing signs and symptoms and the number of days in the center.

The VCO dosage, given based on the weight of 57 adult participants, was provided along with a nutritious meal under the direction of the FNRI for a duration of 28 days.

For the hospital trials handled by the University of the Philippines – Philippine General Hospital (UP-PGH), 77 COVID-19 patients participated regardless of the severity of their case. They received 15 mL of VCO thrice a day for 14 weeks.

According to Dela Peña, the initial findings of the hospital trials for VCO have not yet established any benefit for hospitalized patients.

“While there were some favorable findings because of the relief from symptoms, according to experts, the difference between patients who took VCO is not statistically significant although there is some kind of advantage for those who took VCO,” he explained.

The DOST chief said that before doing the clinical trials, samples of coconut derivatives were sent to Singapore for in vitro trials aimed at determining how it will affect SARS-CoV-2.

Dela Peña said that according to a report, in the trial with relatively low viral loads, the VCO compound was able to decrease the amount of virus by 60 to 90 percent.

“The finding was that it was able to attack or eliminate 90 percent of viruses in that kind of low viral load and that [result] was also reflected in the community trial,” he said.

Herbal medicines such as lagundi and VCO are only considered as adjunctive, or supplementary, treatments to be used in addition to medicines that are proven to be effective against COVID-19.