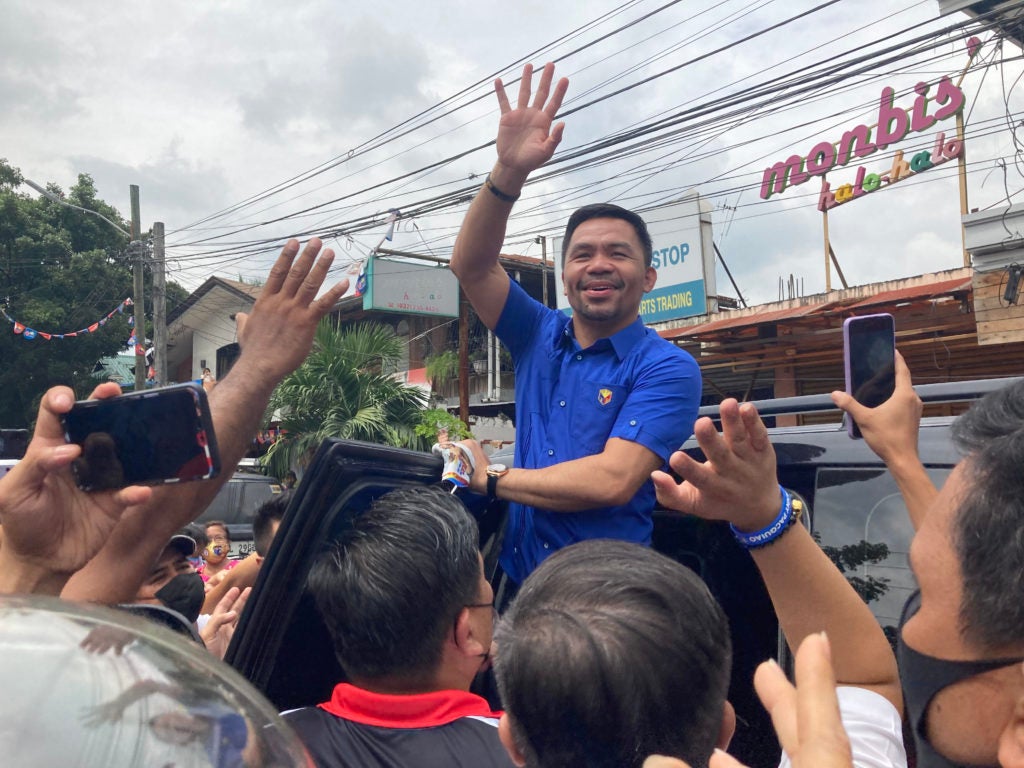 Presidential aspirant and incumbent Senator Manny Pacquiao waves to his supporters on Thursday during his visit at the commemorative mark of Redemptorist priest, Fr. Rosaleo “Rudy” Romano who was abducted in Barangay Tisa, Cebu City during Martial Law.  | via Mae Fhel Gom-os

CEBU CITY, Philippines — Another presidential aspirant has promised to develop Cebu by putting up a subway system to address its worsening traffic situation.

In an ambush interview on Thursday, October 28, presidential aspirant and incumbent Senator Manny Pacquiao said it’s about time for Cebu to have a subway system, particularly in Cebu City, citing the traffic situation in the urban area amid its robust economy.

Pacquiao came to visit Cebu on Thursday, and attended the wreath-laying ceremony for Redemptorist priest, Fr. Rosaleo “Rudy” Romano in Barangay Tisa, Cebu City, where the latter was believed to have been abducted by military men during the Marcos regime.

READ: Pacquiao: Do not forget the atrocities during the Marcos regime

Marcos said that Cebu would be an important part of his development plan of the country should he be elected president, citing that Cebuanos have a strong entrepreneurial spirit that can be used as an advantage in making better deals with the public and private sectors sharing.

READ: Marcos: If I win as president, I will continue to develop Cebu as an economic hub

In a recent development, the camp of Marcos announced that they were eying bets with bailiwicks in Visayas and Mindanao to be his running mate or vice president.

It was Senator Imee Marcos, the presidential aspirant’s sister who said that they were considering Pacquiao to be his brother’s running mate should the boxing icon decide to slide down.

But Pacquiao said he has no plans of withdrawing his presidential bid for the 2022 elections, stressing that he was firm on his decision to seek the nation’s top position.

He is running for president with House Deputy Speaker Lito Atienza as his running mate.

Read Next
Pacquiao: I am not buying votes, I am providing assistance to those in need